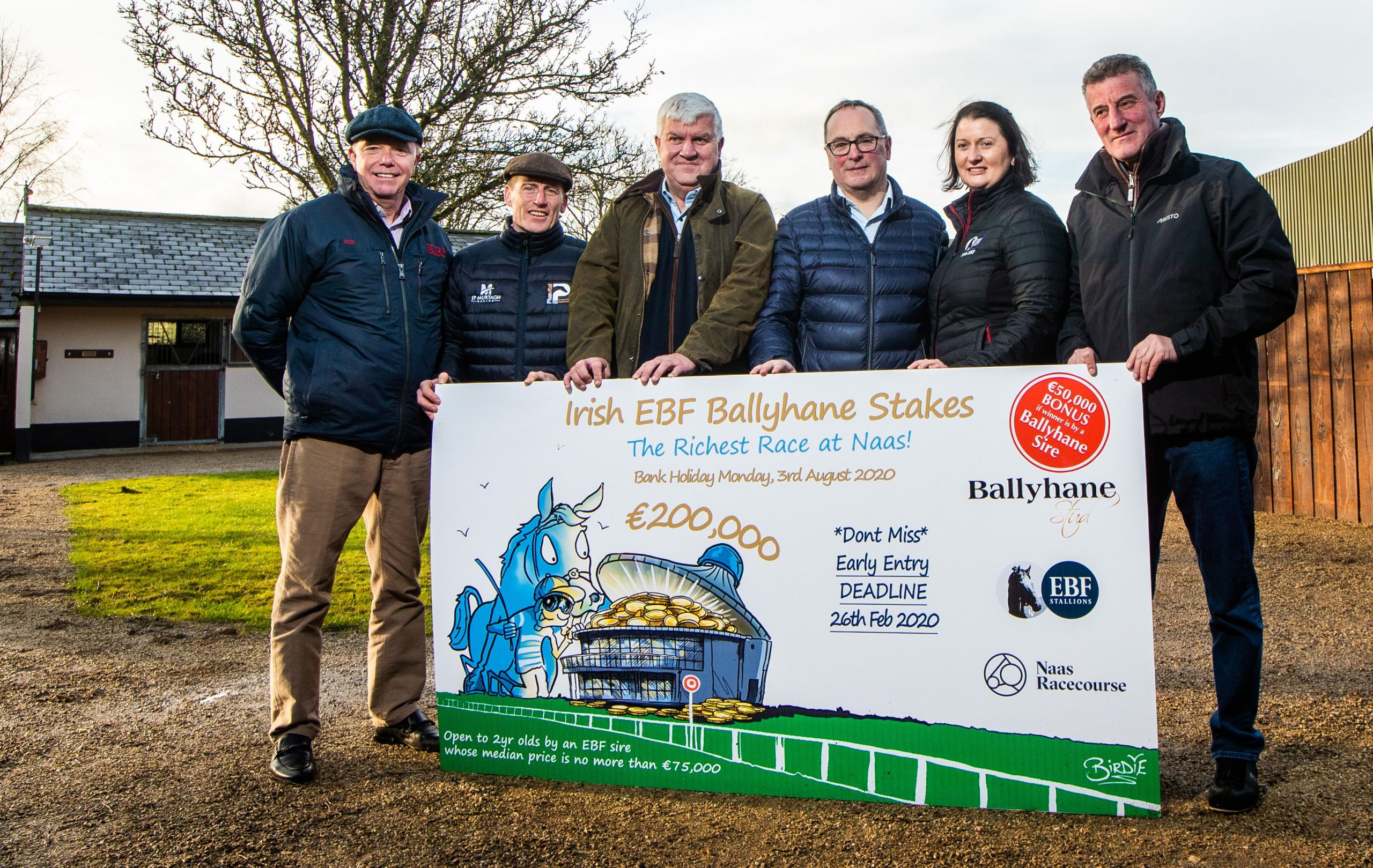 Horse Racing Ireland has today announced a number of significant changes to the conditions for the inaugural running of the Irish EBF Ballyhane Stakes (Median Auction Race) at Naas Racecourse on Sunday, August 23. This new event is aimed at the progeny of sires with a median of no more than €75,000 at last year’s yearling sales.

The value of the race, which attracted an Irish record high 563 entries, has been increased from €200,000 to €320,000, making the Irish EBF Ballyhane Stakes the most valuable two-year-old race that will be run in Ireland this year.

The winner will receive €150,000 and prize money will be paid to all 20 runners, with connections of the final five horses to finish each receiving €2,000. There will be a 72-hour declaration stage for the Irish EBF Ballyhane Stakes and overseas-trained runners will be permitted.

Due to the unprecedented level of initial entries, a consolation race with a value of €80,000 will also now be run at Naas on the same card. The Silver Irish EBF Ballyhane Stakes (Median Auction Race) will be automatically open to all those horses still entered which receive a ballot number in the Irish EBF Ballyhane Stakes. A 48-hour declaration will apply and once again, overseas-trained runners will be permitted to participate. Prize money will be paid down to 10th place.

Joe Foley, owner of Ballyhane Stud, said: ‘We have been thrilled with the response to the race and delighted to reward the owners and trainers who have entered with the increased prize money for the main race and with the extra race. There are some exciting 2yos already targeting the contest and it should be a great occasion at Naas in August”.

Jason Morris, HRI Director of Racing, said: ‘We are delighted to be able to announce a consolation race to reflect the demand for this new event, along with a doubling in the total prize money fund from the original figure of €200,000 to €400,000 between the two races, and a significant reduction in the cost of entry. HRI is very grateful to the Irish European Breeders Fund and Ballyhane Stud for their continuing support of this exciting new initiative.

Eamonn McEvoy, General Manager of Naas Racecourse, said: ‘We were thrilled here at Naas Racecourse last year when it was announced that we would be hosting a €200,000 race but to actually see that rise to a €320,000 race is absolutely fantastic. Joe Foley, Nessa Joyce and the team at HRI have put great effort into making this a reality and deserve great credit. The Board at Naas Racecourse are delighted, and we look forward to hosting the richest race in Naas Racecourse’s history’.