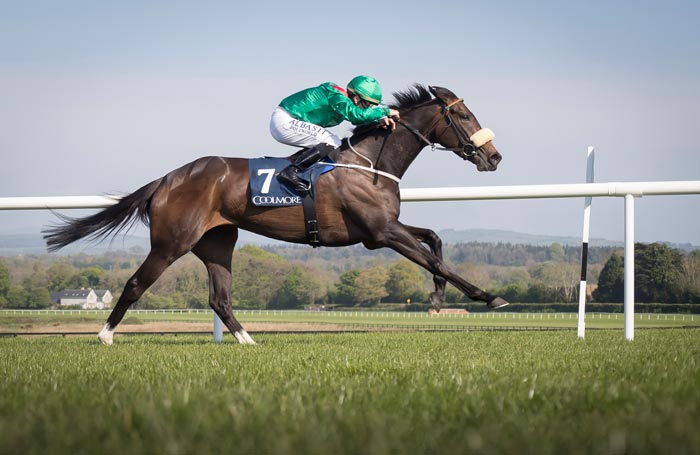 A high-quality field of 13 will face the starter for the Listed Yeomanstown Dark Angel EBF Stakes at Naas on Wednesday evening with Group 3 winners Only Mine and Rehana the standout pair.

Recent Curragh winner Only Mine is a course and distance winner over the six-furlongs at Naas after winning the Lacken Stakes last year but trainer Joseph Murphy admits Only Mine faces a tough assignment.

Murphy said; “We are very happy to run her and she is in good form but we are a bit disappointed with the draw. She had a good draw when she won her Group 3 at Naas, having the rail really helped, but she’s a good filly and runs her races well so hopefully she can give a good account of herself. We’ve been happy since the Curragh but she doesn’t take much work at home. This looks a hot little race.”

Michael Halford’s Rehana, a daughter of Dark Angel, won the Group 3 Athasi Stakes at Naas in May and was last seen in the Irish 1,000 Guineas but has pleased her trainer since.

Aidan O’Brien has six runners in the race, of which Asking is the highest rated, while Michael O’Callaghan’s Group 3 runner-up, Mur Hiba, is an interesting runner with Kevin Manning booked to ride.

Newmarket trainer Charlie Fellowes will saddle his first ever runner at Naas in the Yeomanstown Dark Angel Stakes as he sends over five-time winner Carolinae for the feature event.

The first race goes to post at 5.55pm and gates are open from 4.00pm. This is the last summer barbeque evening at Naas Racecourse for the season and popular Irish country singer Declan Nerney will play live on stage after racing from 9.00pm. General admission and barbeque tickets are on sale at www.naasracecourse.com or call 045 897 391.