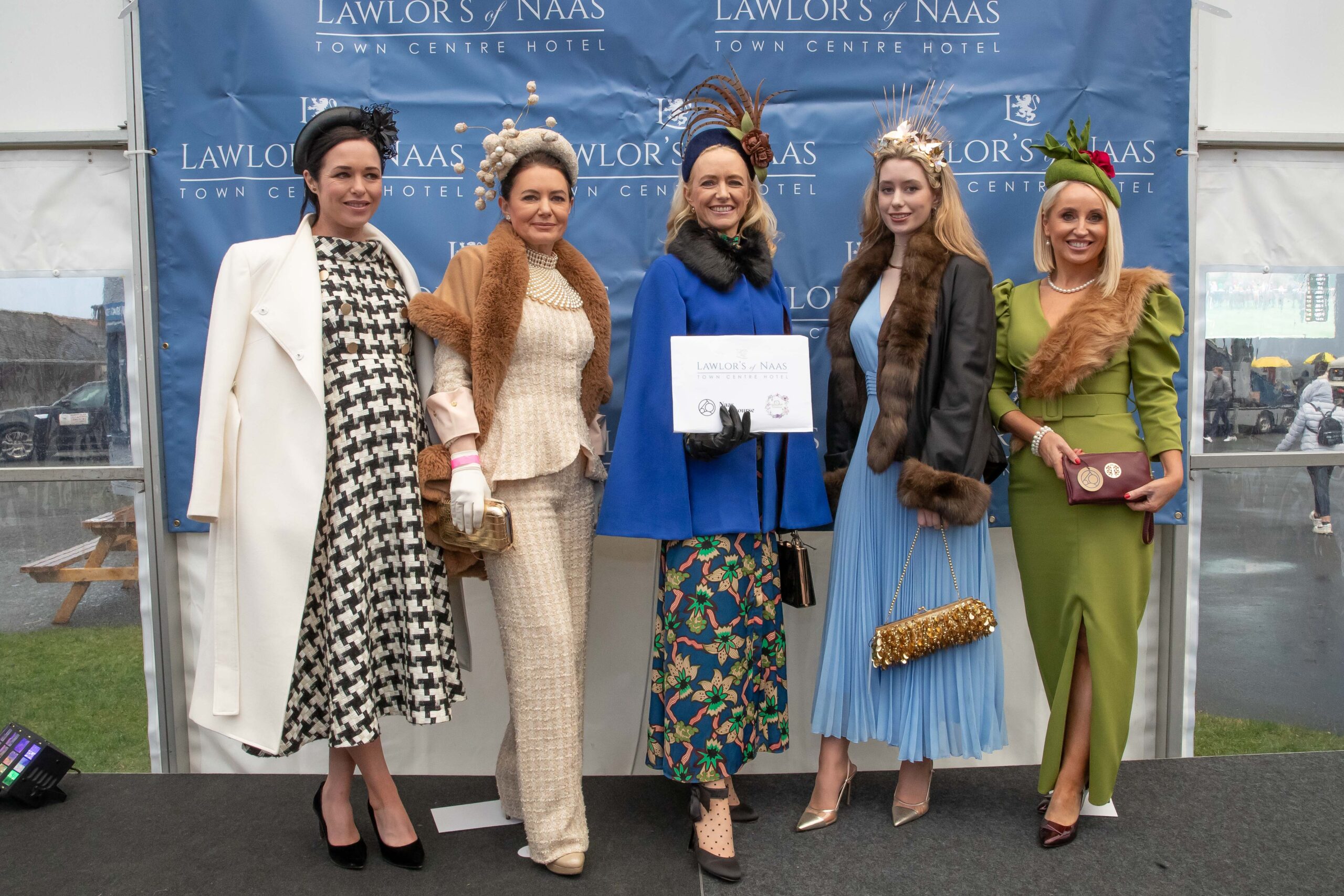 Grainne Alexander, from Sallins, Co. Kildare was declared the Best Dressed Lady at the Lawlor’s of Naas Grade 1 Novice Hurdle and Winter Ladies Day, which took place at Naas Racecourse on Sunday, 2nd of January.

This year the theme of the competition was ‘Back A Boutique’. A number of Naas boutiques and shops partnered with Naas Racecourse including Jingles, Aria, Emporium Kalu, Nicola Ross, Catriona’s, The Shoe Tree, Fabucci, Whelan’s Shoes and Diamond & Pearls. The boutiques generously donated vouchers ranging in value from €50 - €200. These vouchers were awarded as spot prizes to stylish ladies the judges saw on the day for various categories including Best Hat, Best Shoes, Best Use of Colour, Best Accessories, Best Coat, Most Individual, Most Creative and Most Fun Outfit.

Celebrity fashion judge, Lorraine Keane, said; “I loved being here at Naas Racecourse looking out for all the style that was on show. The theme today was all about supporting individual, stand along boutiques. Independent retailers have had a very challenging time and it’s important to shop local and support your local boutique.  It was great to see all of the local boutiques here in Naas getting involved and supporting the competition by donating vouchers for spot prizes. There was a lot of interest in the competition, and we were thrilled to see so many ladies enter.  In the end it was Grainne who really stood out. She wore a head piece by Julie Kenny, her dress was by Scotch and Soda and her coat and jewellery was from Jingles in Naas.

The feature race, The Lawlor’s of Naas Grade 1 Novice Hurdle was won by Ginto, trained by Gordan Elliott and ridden by Jack Kennedy.

Eamonn McEvoy General Manager of Naas Racecourse said, “It was great to have such a strong crowd here for Lawlor’s Day and we are very thankful for the support of our sponsors, particularly Lawlor’s of Naas Town Centre Hotel who sponsored our feature race.  We were delighted to see the ultra-impressive ‘Ginto’ give Noel and Valerie Moran their first Grade 1 winner in what was a thrilling contest to the line.”

The next race meeting at Naas Racecourse, is The January Jumps which takes place on Sunday, the 30th of January. For more details on Naas Racecourse see www.naasracecourse.com