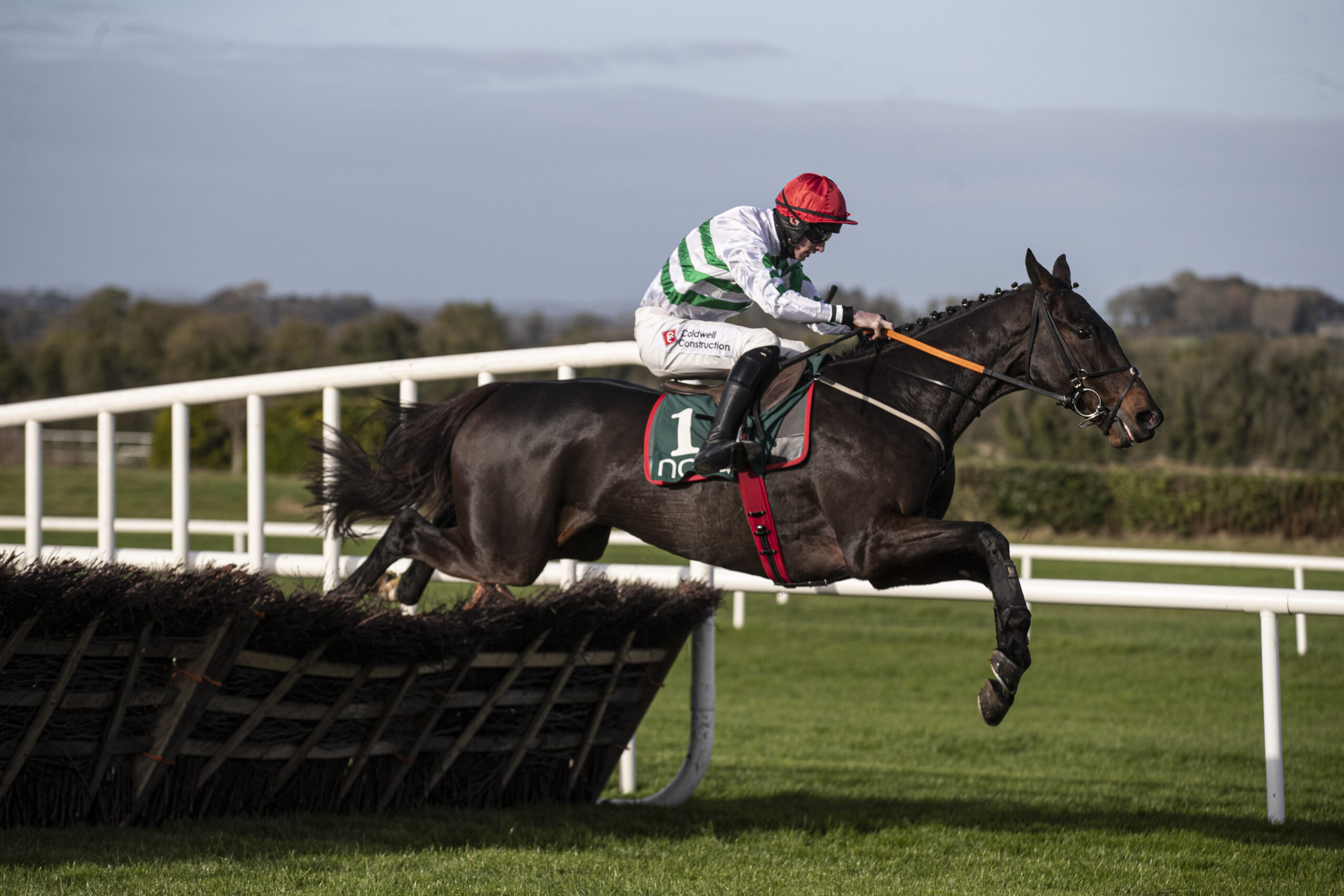 The pair of six-year-olds are unbeaten over hurdles thus far but will face their toughest assignment yet when taking on last year’s winning connections, Henry de Bromhead, Rachael Blackmore and owners Robcour who rely on the Punchestown maiden hurdle winner Grand Jury in the hope of emulating Bob Olinger, while champion trainer Willie Mullins also fires just one dart at the race with the Navan maiden hurdle winner Whatdeawant his sole representative.

A field of seven runners are due to face the starter at 2.10pm on Sunday afternoon for the opening Grade 1 race of 2022 and Elliott is hoping of adding to his previous successes in the race which came courtesy of Death Duty, Battleoverdoyen and Envoi Alen.
“We run Ginto and Hollow Games as well,” Elliott confirmed. “It’s a race we like to run horses in. It’s two and a half miles on a brilliant track. Naas Racecourse, Eamonn and the whole team, and their sponsors, Lawlor’s, it’s a nice race and we like to support it.
“Ginto looks like he could be anything. He’s a horse for the future. He looks to be a chaser and was bought to be a chaser so whatever he does over hurdles is going to be a bonus. “Hollow Games is a nice horse. He’ll like the step up in trip. He doesn’t do anything flashy at home but he’s always there for you on the racecourse.”

Elliott added: “They both deserve to take their chance in a race like this and we’re looking forward to it.”
For Mullins, a fine Christmas Festival period would be complimented with further Grade 1 success at the County Kildare track.
Victory for the locally-based owners Sean and Bernardine Mulryan would also be sweet and after this Sunday Whatdeawant could well develop into a candidate for the Ballymore Novices’ Hurdle at Cheltenham, a race which Mulryan sponsors.
“Whatdeawant has surprised us on the track. His form is better than his homework, which is always a great sign,” Patrick Mullins said of his father Willie’s charge.

The six-year-old won his maiden hurdle at Navan at the beginning of December but last year beat Ginto on debut in a Fairyhouse bumper.
“He’s a very uncomplicated ride. He stays well but showed a good turn of foot to beat Ginto in his bumper. On that form we’d have to be very hopeful going into this race but it’s competitive with Ginto and Hollow Games, but we’re expecting a big run and hopefully he’ll continue to surprise us,” Mullins continued.

“It’s nice to have a horse in training again for the Mulryans. We had Ballyamber around 20 years ago for them, who won a lot of races and there were a few others as well, but they came back to us with three or four horses last year and Whatdeawant is the best of them at the moment. Hopefully he will show that on Sunday.”

The field is completed by Churchstonewarrior, The Little Yank and Angels Dream and for their respective trainers, Jonathon Sweeney, John Ryan and Sam Curling, a victory against the odds on Sunday would be a first Grade 1 and undoubted career highlight.
Sweeney said of Churchstonewarrior earlier in the week: “He hasn’t done a whole lot wrong and it’s been a good year for him, winning his bumper at Thurles last January before finishing second back there in his debut over hurdles.”

“Then he won a maiden hurdle at Sligo and was better again at Thurles. He was second in a Grade 3 at the beginning of the month and the first reaction might have been a little bit of disappointment as we thought he had improved again going into that race but Denis O’Regan, who rode him, said he ran actually ran very well and had definitely improved.”

Sweeney added: “It was just that Sean O’Brien’s horse Nell’s Well ran better and to be honest, you’d be very happy for Sean and his family and she has run well again since then, so it obviously wasn’t a bad run. “As well as that, it seems that Churchstonewarrior seems to be able to quicken better out of that bit nicer ground and the ground was grand in Cork but Denis just felt he struggled a little bit around the bend turning in, that it was just a little tacky and he couldn’t get through it as well.”
Sweeney is fully aware of the mammoth task in front of him but is bullish enough to take his chance this weekend.

“It would be a dream to have a Grade 1 winner,” the Cork-based trainer admitted. “It is for everyone in racing but you have to keep tipping away in the meantime and to have a horse that might be good enough to run in it is great. “You never know, the prize money is very good and if you’re not in, you can’t win any of it. It is a classy race as you’d expect of a Grade 1 and Gordon’s two horses set the standard.”
The first on a seven race card on Sunday is due off at 12.30pm and it is an all ticket event with further details on www.naasracecourse.com