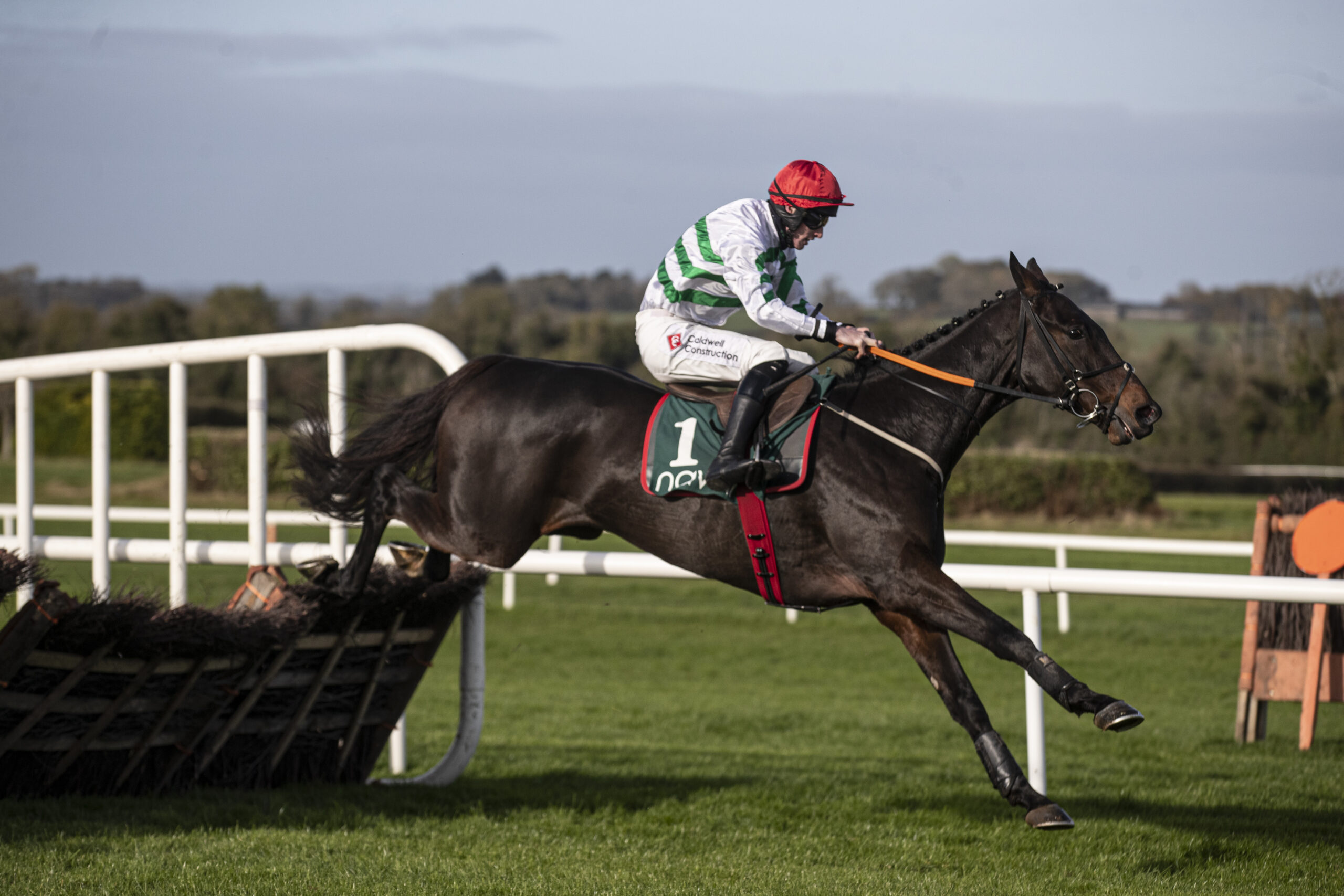 Gordon to get giddy with Ginto or Games at Naas

Racegoers must only wait two days into 2022 before the first Grade 1 of the new year and entries for the Lawlor’s Of Naas Novice Hurdle were released this afternoon with 25 names going forward for the 2nd January feature.

The now well established two and a half mile event is the flagship jump race at Naas Racecourse and among the 25 early inclusions are the highly-touted Gordon Elliott-trained pair of Ginto and Hollow Games.

Elliott, who has won three renewals of the Lawlor’s Of Naas Novice Hurdle since it was upgraded to Grade 1 status, has five entries in this renewal with Gringo D’aubrelle, Mighty Potter and Three Stripe Life also featuring.

Both Ginto and Hollow Games carry the now familiar colours of Noel and Valerie Moran’s Bective Stud and both have Naas on their agenda following graded success recently.

“It’s a busy time of year and we will see what happens over the next couple of weeks but we have always supported this race at Naas and been lucky enough to win it a few times,” Elliott said on Thursday.

“It’s a two and a half mile Grade 1 on a Grade 1 track and they are the sort of races we want to target.” Elliott continued. “I would imagine, at this stage, either Ginto or Hollow Games will run there. I will speak to Noel and Valerie closer to the time and we’ll see how the horses are but both have come out of their respective wins at Navan in good form and I couldn’t be happier with them.

“We’ve always liked Ginto and I was delighted with what he did at Navan last weekend and he’s progressing with every run, while Hollow Games has answered every question we’ve asked of him and is in good order since he won last month. They are both thriving on their racing.”

Elliott added: “There is a lot of good racing over the next month and we have Gringo D’aubrelle. Mighty Potter and Three Stripe Life in there at Naas as well so we’ll have runners and it would be a nice way to start 2022.”

An unforgettable 2021 for Rachael Blackmore began with Grade 1 honours in last year’s Lawlor’s Of Naas Novice Hurdle aboard the sensational Bob Olinger and the same connections may well be represented next month as recent Punchestown winner Grand Jury stands out among the entries.

Following his winning debut over hurdles, trainer Henry de Bromhead indicated that the Robcour-owned five-year-old would step up in trip with Naas a likely target. Grand Jury is joined by stable companion Journey With Me, who also carries the Robcour colours which Bob Olinger donned to so many notable successes last season.

Eight victories during the different guises of the Lawlor’s Of Naas Novice Hurdle means that Willie Mullins is the most successful trainer in the race and it is no surprise that he has a strong hand in the 2022 edition.

Sam Curling, Mick Mulvany, Jonathon Sweeney and John Ryan may all bid to claim a first ever Grade 1 training success with their respective entries, Angels Dawn, Barnacullia, Churchstonewarrior and The Little Yank in what promises to be a highly competitive battle of middle distance novice hurdlers.

"The race has served as the best prep race for the Ballymore at Cheltenham with Envoi Allen and Bob Olinger winning the most recent renewals and this calibre of entry which we see today fills us all with excitement of what might be here to look forward to on 2nd January."

McEvoy concluded: "We are delighted that Lawlor's of Naas are sponsoring with us again as this is a very important partnership linking two of the oldest businesses in Naas together."