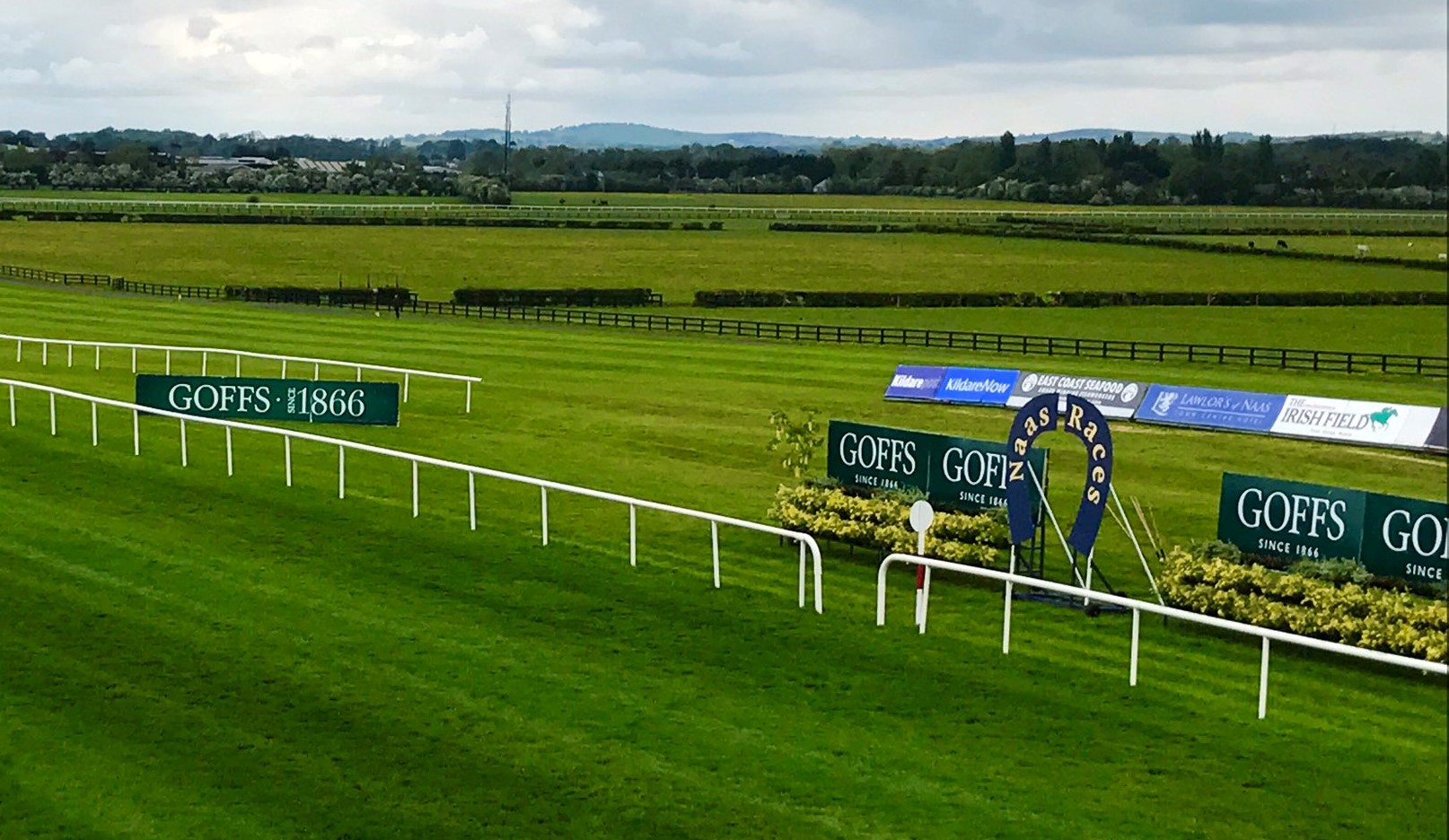 A €100,000 two-year-old race exclusive to Goffs Sportsman’s Sale yearlings will be held at Naas next year, an exciting new initiative for the Sportsman’s Sale which takes place at Kildare Paddocks from 30 September – 1 October 2021. “Goffs Sportsman’s Challenge” will be run over 6 furlongs at Naas Racecourse on 15th September 2022 with a guaranteed minimum value of €100,000 and prize money to 10th place.

This will be the second sponsorship of note by Goffs at Naas as the Auction House resumes its support of the Group 3 Goffs Lacken Stakes, the feature race of the upcoming Royal Ascot Trials Day on 16th May. The announcement follows the launch of Europe’s richest two-year-old race, the Goffs Million, for graduates of theOrby Sale which will be held over 7 furlongs at the Curraghnext year.

Commenting on the new Sportsman’s Challenge, Goffs Group Chief Executive Henry Beeby said: “Goffs Sportsman’s Sale is an integral part of Ireland’s biggest yearling sales week, coming immediately after the two-day Orby, Ireland’s National Yearling Sale.  A real trainer’s sale, the Sportsman’s is a leading producer of two-year-old winners and we anticipate that the addition of this valuable sales race will see demand increase even further from agents and trainers in Ireland, the UK and right across Europe.

With the yearling sale inspections commencing we are delighted to announce these two sales races to provide a lift to the industry following the challenges of the past year.  Back in Kildare Paddocks this year, we look forward to offering two catalogues of relative superior quality with the additional bonus that every yearling buyer at Goffs, from 28th September to 1st October, will be in with a chance to win some major prize money.

Eamonn McEvoy, General Manager of Naas Racecourse commented: “We are delighted at Naas Racecourse to have been approached by Goffs to stage the inaugural Goffs Sportsman Challenge Race.  Races like this are a great addition to the calendar and provide owners with excellent opportunity to win a fantastic purse. We are delighted to extend our partnership with Goffs and great credit is due to them for their recent initiatives”.

Goffs Sportsman’s Challenge over six furlongs at Naas Racecourse, Thursday 16th September 2022 will have a guaranteed minimum value of €100,000 and be open to two-year-old colts and fillies that were catalogued in the 2021 Goffs Sportsman’s Sale.