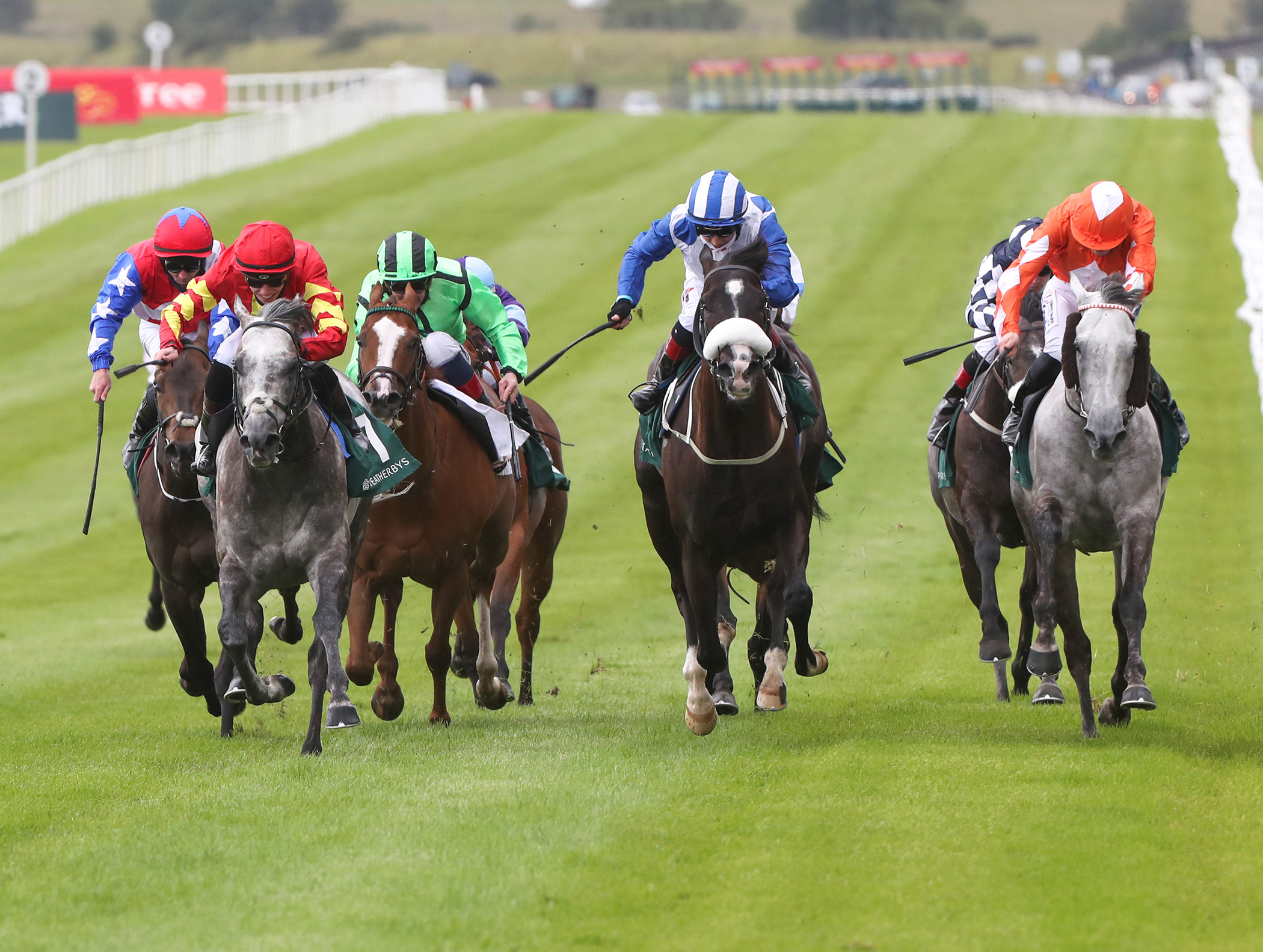 Fogarty Forever in Dreams about Group 3 contest at Naas

The raiding party is headed by the recent Royal Ascot placed Burmese Waltz for  Archie Watson along with stable mate Lambeth Walk. David O’Meara is represented by Eternal Blush who is stepping up in class and bidding to make it three wins from three runs for connections.

The Irish runners are headed by the highest rated Millisle who will be aiming to go one better over course and distance for Jessica Harrington after finishing second to the impressive Art Power in the Coolmore Sioux Nation Lacken Stakes a fortnight ago.

Trainer Aidan Fogarty aims his high-class filly Forever In Dreams in the Yeomanstown Stud Ballyogan Stakes on Wednesday 22nd July. After an impressive performance finishing second at The Curragh last month in the Group 2 Weatherbys Ireland Greenlands Stakes he will be hoping to land the €50,000 contest next week.

Speaking on Thursday morning Fogarty said: "We were delighted with her run at the Curragh and she came out of it in good form, the plan is to run in the Group 3 at Naas and then on to Deauville next month for the Group 1 Prix Maurice de Gheest.”

For over 30 years Yeomanstown Stud has developed into a renowned nursery that has consistently produced a host of top class runners that have distinguished themselves the world over.  It is the home of one of Europe’s most exciting and successful stallions in Dark Angel, his son Gutaifan, as well as the highly successful Camacho and the dual graded stakes-winning son of Scat Daddy and El Kabeir. Invincible Army is the newest recruit to join Yeomanstown Stud.

Rolline O’Callaghan of Yeomanstown Stud said:  “We’re delighted to continue our association with Naas Racecourse again this year with our sponsorship of the Gr 3 Ballyogan Stakes. We’re excited to see such a large entry including overseas raiders.”Naas Racecourse have also welcomed Sean Barrett Bloodstock Insurances Ltd on board as a new sponsor of a Maiden on the card. The race has attracted 41 entries including King Of Stars who has gone close on a few occasions and will be bidding  to his maiden tag for Joseph O’Brien.

O'Neill & Co Chartered Surveyors & Auctioneers celebrated their 10th anniversary at Naas Racecourse last year and they return this year for the third year running to sponsor the The O’Neill & Co Chartered Surveyors & Auctioneers Handicap. There are 24 preliminary entries for the race including recent Naas winner Kosman for the inform Johnny Murtagh yard.

Naas Racecourse will also welcome back Foran Equine next Wednesday for a race from their series, The Foran Equine Irish EBF Auction Maiden. A 5f race worth €24,000 and for horses bought for 60k or less. Giselles Thunder will be hoping to go one better than debut and take the prize for trainer Gavin Cromwell.