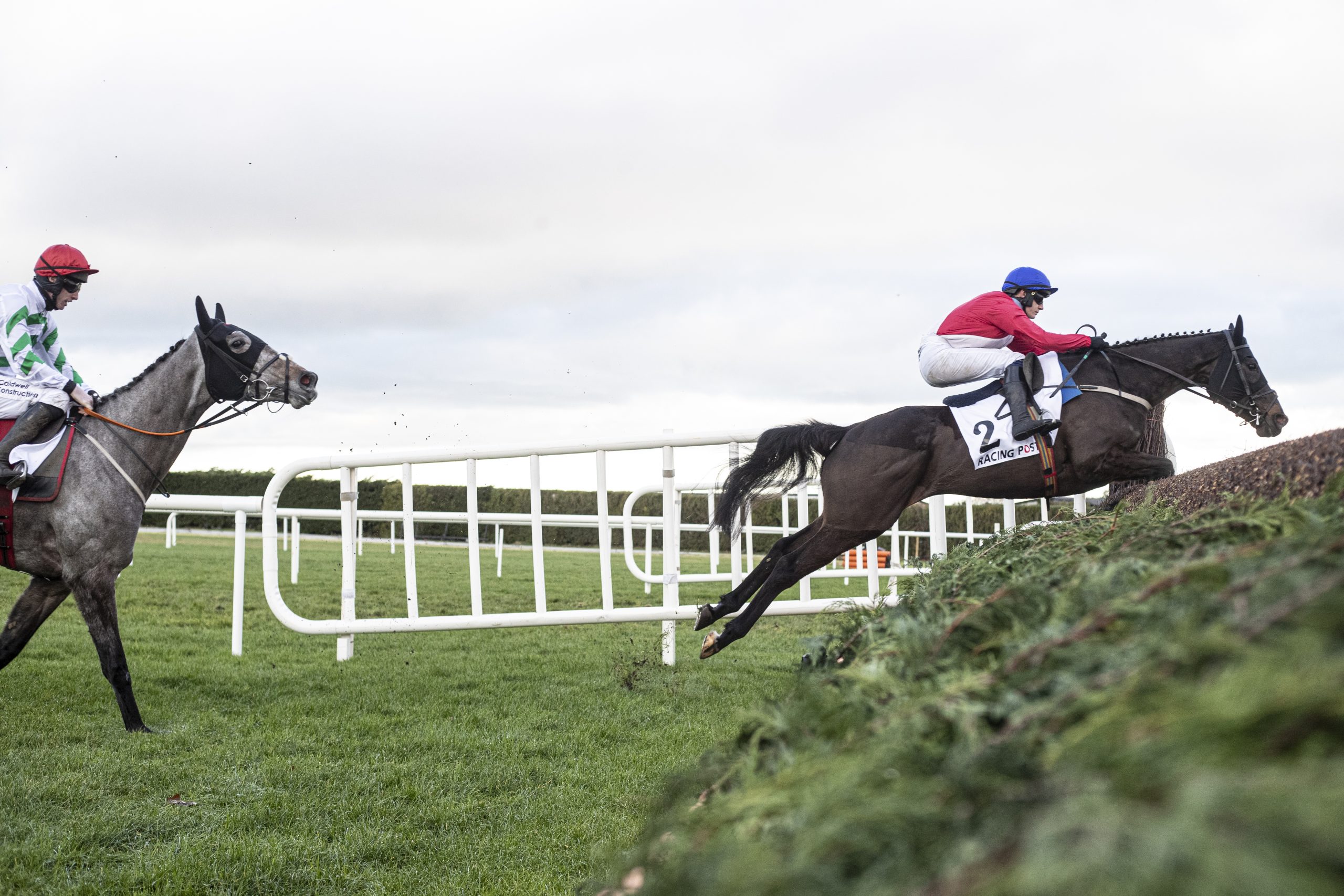 Ferny Hollow among A-listers as jump racing returns to Naas

Cheltenham Festival heroes and Grade 1 performers will be the order of the day as jump racing returns to Naas Racecourse with a bang on Saturday.

TG4 will be providing live coverage of all the action to mark the occasion and the lightly-raced but already two-time Grade 1 winner, Ferny Hollow looks set to be the headline act in the Grade 3 Barberstown Castle Poplar Square Chase for which his Grade 1-winning stable companion Gentleman De Mee also has an entry.

Rated 160 and 164 respectively, Ferny Hollow and Gentleman De Mee signal the intent of the champion trainer Willie Mullins, who may also unleash Flame Bearer in the Mongey Communications Beginners Chase on the card.

In their first year sponsoring the Grade 3 Poplar Square Chase, Barberstown Castle have been rewarded with a fascinating 11-strong entry, which also includes the Henry de Bromhead-trained Coeur Sublime, who was runner-up in the Grade 1 Barberstown Castle Novice Chase at the Punchestown Festival last spring.

Barberstown Castle were the successful bidders in an auction offering sponsorship of Saturday’s flagship race with all proceeds going to the Coast To The Curragh Charity Cycle in aid of Cancer Trials Ireland.

Patrick Mullins, assistant to his father Willie said today: “The plan will be to run either Ferny Hollow or Gentleman De Mee, with the other going to Navan on Sunday.

“Ferny Hollow is a 100 per cent. We’re very happy with him. He’s working well and schooling well but we just need to get experience. He has a massive deficit in the experience ledger so these Grade 3 and Grade 2 races are very important to him in that respect.

“Gentleman De Mee is good as well. We’re hoping he’s going to be a Champion Chase horse and in all those Grade 1 two-mile chases so it would be great to start off with some good match practice before taking on the open company horses.”

The eight entries for the Grade 3 Pre-Order @ IrishRacingYearbook.com Fishery Lane Hurdle will all be aspiring to follow in the path of 2018 winner Espoir D’allen, who used this race as a stepping stone to Champion Hurdle glory, just as another former winner Jezki did.

The Padraig Roche-trained Brazil already tasted Cheltenham Festival glory this year, winning the Boodles Juvenile Handicap Hurdle and he tops a field which also consists of the Gordon Elliott-trained pair of Fil Dor and Imagine.

Mullins also has an intriguing inclusion in this race as Triumph Hurdle fourth Icare Allen – who had Fil Dor two places in front in that contest - appears at today’s entry stage.

“It’s always tough for juvenile hurdlers the next year so the conditions of this race always makes it a good starting point and Icare Allen might well take his chance,” said Mullins.

The four-year-old was third in the Galway Hurdle before landing the prestigious Listowel race and O’Brien reports the son of Territories to be in good form.

“It looks a strong race but Prairie Dancer is an intended runner,” said O’Brien. “He’s had a good summer and ideally you wouldn’t want the ground to be shockingly heavy but he’s in good shape.

“We were delighted with him in Listowel and before that in the Galway Plate so to go for a Grade 3 is the next step. His rating puts him in the mix and we’re hoping for a good run.”

The Irish Racing Yearbook is the definitive annual chronicle of racing on these shores, covering the entire spectrum of the racing and thoroughbred industry in the form of interviews, profiles, analysis and more and to mark the link with Naas and the Fishery Lane Hurdle, all grooms leading up horses in the race will receive a voucher for a free copy of Irish Racing Yearbook 2023, which is due out on November 21.

There is also a Grade 1 presence in the Grade B Brown Lad Handicap Hurdle on Saturday’s card. The Gordon Elliott-trained Delta Work, five times a winner at the highest level, is possibly more famous now for denying Tiger Roll a picture-perfect swansong in the Cross Country Chase at Cheltenham last March, and he is one of 26 entries for the €45,000 three-miler.