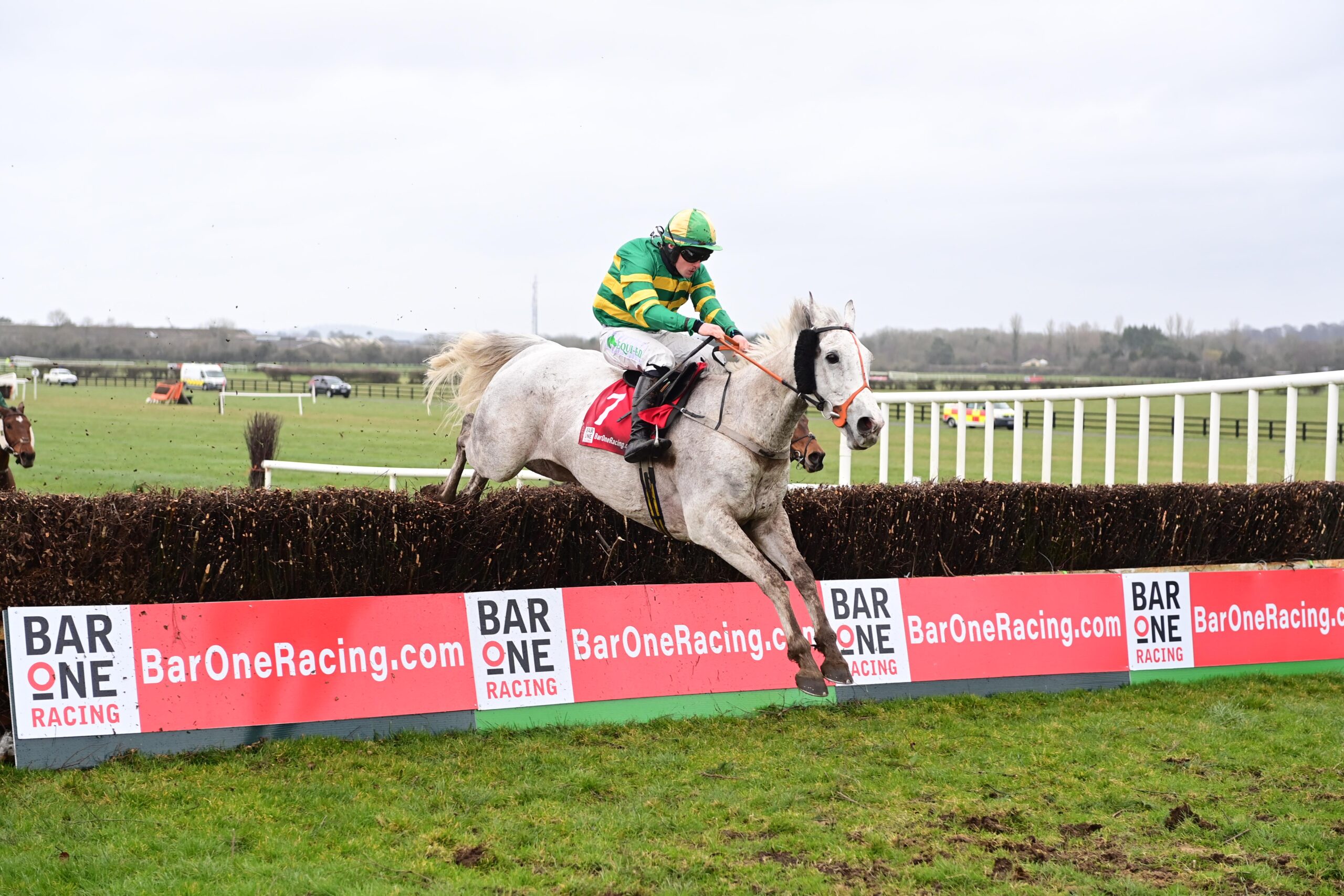 Three of the first four home from last year’s renewal of the Grade A BARONERACING.COM Leinster National are all in contention for another crack at the €100,000 prize.
The Tom Mullins-trained Scoir Mear led home a JP McManus-owned 1-2-3 12 months ago, beating the Philip Dempsey-trained Ten Ten by two lengths and following an encouraging effort over hurdles last weekend Ten Ten is a potential runner for his local trainer who conditions his team just 20 minutes from Naas Racecourse.

“The Leinster National is definitely an option for Ten Ten,” Dempsey said. “He ran very well in the race last year when he was second so it is in the mix as a potential target.
“I was delighted to see him run so well in Fairyhouse on Saturday when he finished second over hurdles and he seems to be coming back to himself. He came out of the race well and worked this morning, so we’ll just keep doing that and decide where to go then.

“He does have a few possibilities now after that run but the Leinster National is a good race with a nice pot and is definitely an option.”
Class Conti, fourth in the race last year is also among the 36 entries that have been given the option of the extended three-miler which takes place at the Kildare venue on 13th March.
The first two horses from the Thyestes Chase, Longhouse Poet and Grade 1 winning novice chaser Franco De Port are likely to top the weights in what promises to be a high class renewal.
JP McManus once again has a strong hand in the race with the Joseph O’Brien-trained A Wave Of The Sea and the Enda Bolger-trained Champagne Platinum intriguing inclusions alongside last years first two home.

Another fascinating name among the list of entries revealed today is the Matthew Smith-trained Ronald Pump who may be set for a first run over fences since January 2020 after being campaigned at the highest level over hurdles.

Ronald Pump has had to settle for a silver medal behind jump racing’s queen, Honeysuckle, twice since last running over fences and was also second in the 2020 Stayers Hurdle at Cheltenham. The nine-year-old was also placed in the 2019 Drinmore Novice Chase during his novice season.
Ahead of their second year of sponsorship on one of Naas Racecourse’s most enjoyable days of racing, Barney O’Hare of BarOneRacing is eagerly awaiting the fixture which takes place the fixture ahead of the Cheltenham Festival.

“We're delighted to see a strong entry for the Baroneracing.com Leinster National,” O’Hare said on Monday. “There's a nice mix of seasoned handicappers and novices entered in the race and we look forward to another exciting renewal. Last year's second Ten Ten ran an encouraging race on Saturday at Fairyhouse and would be an interesting contender. It's the final Irish fixture before Cheltenham and there should be a great buzz in anticipation of a massive week for racing.”