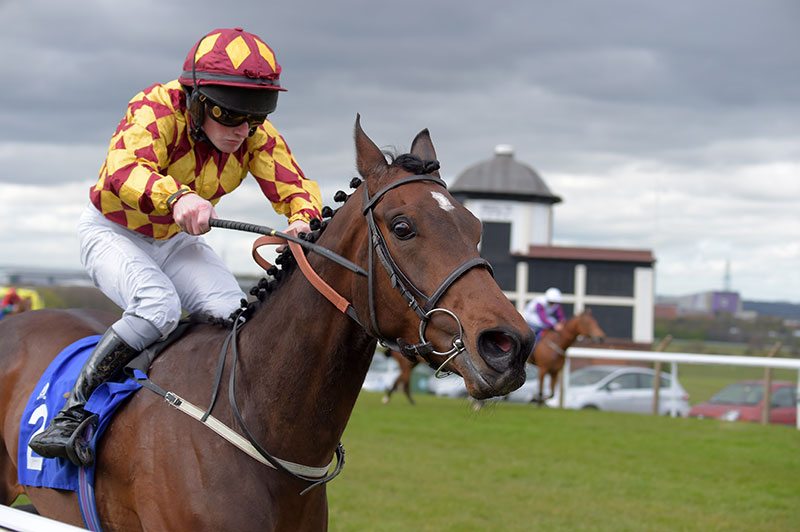 Fahey hoping to Spring a Surprise in the Tote Irish Lincolnshire

Trainer Richard Fahey is looking forward to being a regular visitor to Naas Racecourse this season and he is responsible for four of the seven British-trained entries on the opening day of the Irish Flat season this Sunday.

Fahey will saddle Spring Offensive in the €100,000 Tote Irish Lincolnshire and is hopeful that the five-year-old can return to the winner’s enclosure after some creditable efforts last summer in Britain.

Fahey said of Spring Offensive; “I don’t think he has anything hidden from the handicapper but he’s fit and well and I’d say he’ll go on any ground so even the snow earlier in the week wouldn't bother him! It’s great to have Paul Hanagan back in the yard with us most days and he’ll go over to ride him.

“We’re looking forward to sending the box over. Tatlisu will run in the sprint (Naas Racecourse Launches 2017 Flat Handicap) and Party Tiger has a light weight in the Palmerstown House Madrid. The Eagle’s Nest will run in the last race, the mile maiden. They are in good form.”

The richest race on the card, the Tote Irish Lincolnshire, has attracted a field of 18 runners and trainer Denis Hogan is looking forward to running Tithonus who was a model of consistency last season.

Trainer Denis Hogan said; “He goes on the ground but the trip is a little worry. He has won over five, six and seven furlongs but not over a mile, although he did win over seven furlongs at Galway from the front. He ran well on his first run back at Naas last year and he’s a horse with such a good attitude that we said we’d have a go at it given it is such a nice pot and he has a lovely weight.”

Jim Bolger’s Vociferous Marina tops the weights for the ever competitive Madrid Handicap, while the opening race of the day, the Irish Stallion Farms EBF 2-year-old maiden will see a field of 11 go to post all representing different trainers.

The first race on Sunday is 2.10 and gates are open from 12.30. The ground is currently heavy with no rain forecasted. For more information visit naasracecourse.com.