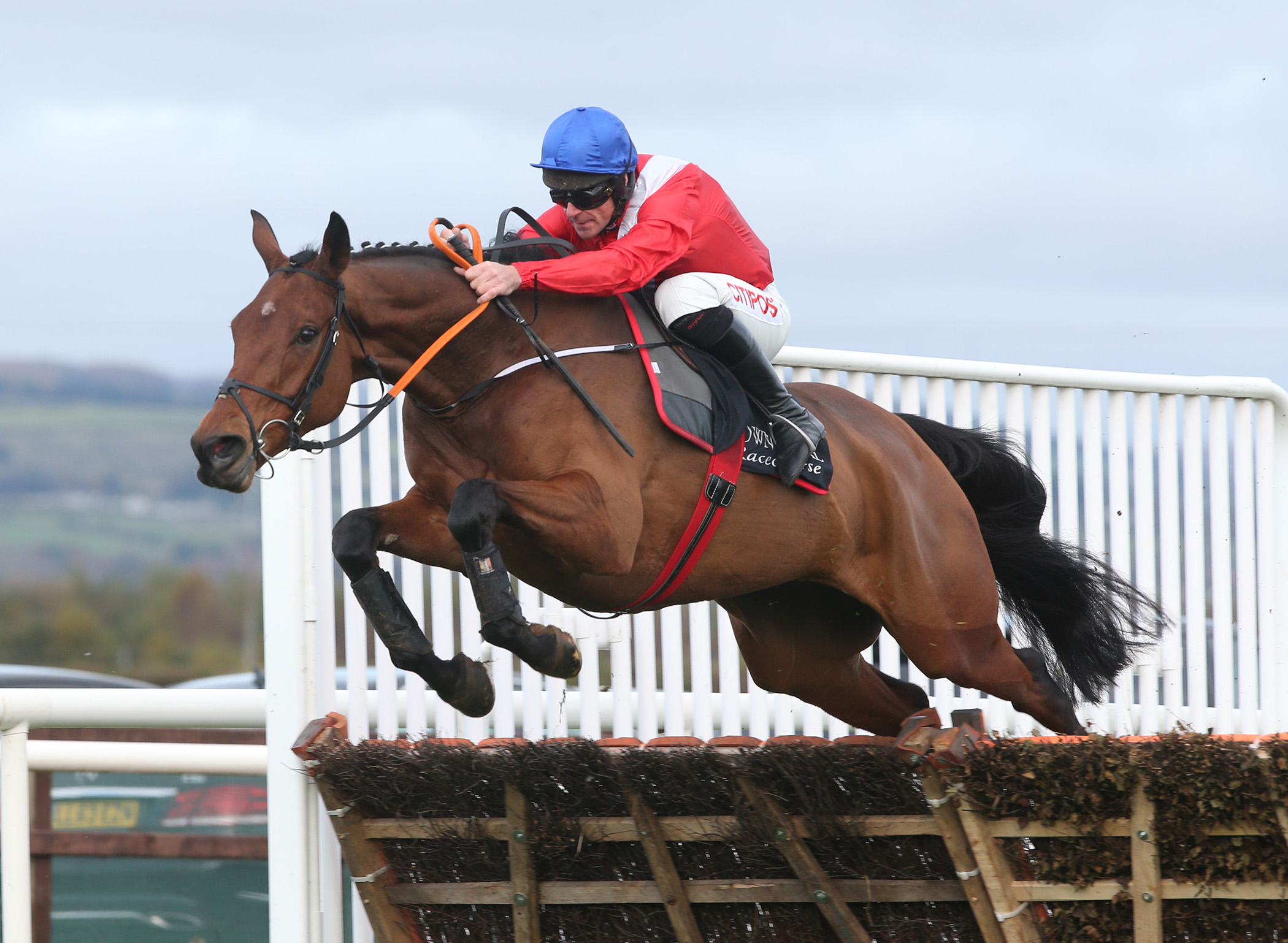 Envoi Allen is among a list of 25 entries for the Grade 1 Lawlor’s Of Naas Novice Hurdle with trainer Gordon Elliott confirming that his unbeaten five-year-old could step up in trip for the first time in the opening Grade 1 race of 2020.

Elliott, who won the Lawlor’s Of Naas Novice Hurdle last year with Battleoverdoyen, has made six entries for the race and they include the highly touted Abacadabras and Andy Dufresne.

"It's been a lucky race for us in the past and it's one we like to target with some of our best novice hurdlers. This season we seem to have a very nice crop of novice hurdlers and I'd hope that we will be well represented this time around,” Elliott said on Thursday.

"Obviously it's a busy time of year and plenty of horses have plenty of options over the Christmas period so we've got to sit down and decide where to go with various horses.
Envoi Allen is definitely in the mix for Naas as is Abacadabras and then we'll see what happens in the Grade 2 at Navan on Sunday where I'd expect to run a couple of promising types.

"After Envoi Allen won the Royal Bond I thought that the likely options for him were either Leopardstown or the Lawlors Hurdle at Naas and I'm looking forward to eventually stepping him up in distance.

“Whether that will be in the Lawlor's race or later in the season remains to be seen but the Naas race is one we like to target with some our of best novices and it's a race we will be looking forward to."

Willie Mullins has also enjoyed success in the Lawlor’s Of Naas Novice Hurdle since it was upgraded to Grade 1 status and the champion trainer has included Elixir D’ainay, Janidil, Unexcepted and Vis Ta Loi in the list of entries for the 5th January renewal.

Other notable entries are the recent winners French Dynamite, trained by Mouse Morris and the Martin Brassil-trained Longhouse Poet,

Entries for the Lawlor’s Of Naas Novice Hurdle have been released fresh from Naas Racecourse being named Racecourse of the Year at Tuesday’s Horse Racing Ireland Awards.

Chairman of Naas Racecourse, Dermot Cantillon commented: “We are thrilled with the quality of entries for the Grade 1 Lawlor’s Of Naas Novice Hurdle and to see that it is such an important race in the minds of trainers.

“It has been a fantastic week for Naas Racecourse and that is the culmination of efforts by many people over a generation.

“It began with the building of the main stand in 1997 and since then all facilities for both people and horses have been replaced and enhanced. Over time our fixture list has expanded and the quality of our racing has gone from strength to strength. None of this would have been achieved without the encouragement and support of both our shareholders and Horse Racing Ireland. As we approach our centenary year in 2024 it would indeed be fitting if we could our long-standing ambition to stage a Group 1 flat race at Naas.”

The Grade 1 Lawlor’s Of Naas Novice Hurdle features on a seven race card on 5th January which is Winter Ladies Day and also a Family Fun Day where kids go free and can enjoy a Magic Show and face painter. The prize for Winter Ladies Day is €4,250 and will be judged by Rosanna Davison, Kildare Post Commercial Manager Anna Fortune and a representative from each fashion partner, Lawlor’s of Naas Town Centre Hotel, Residence Day Spa and Alan Keville for Hair.