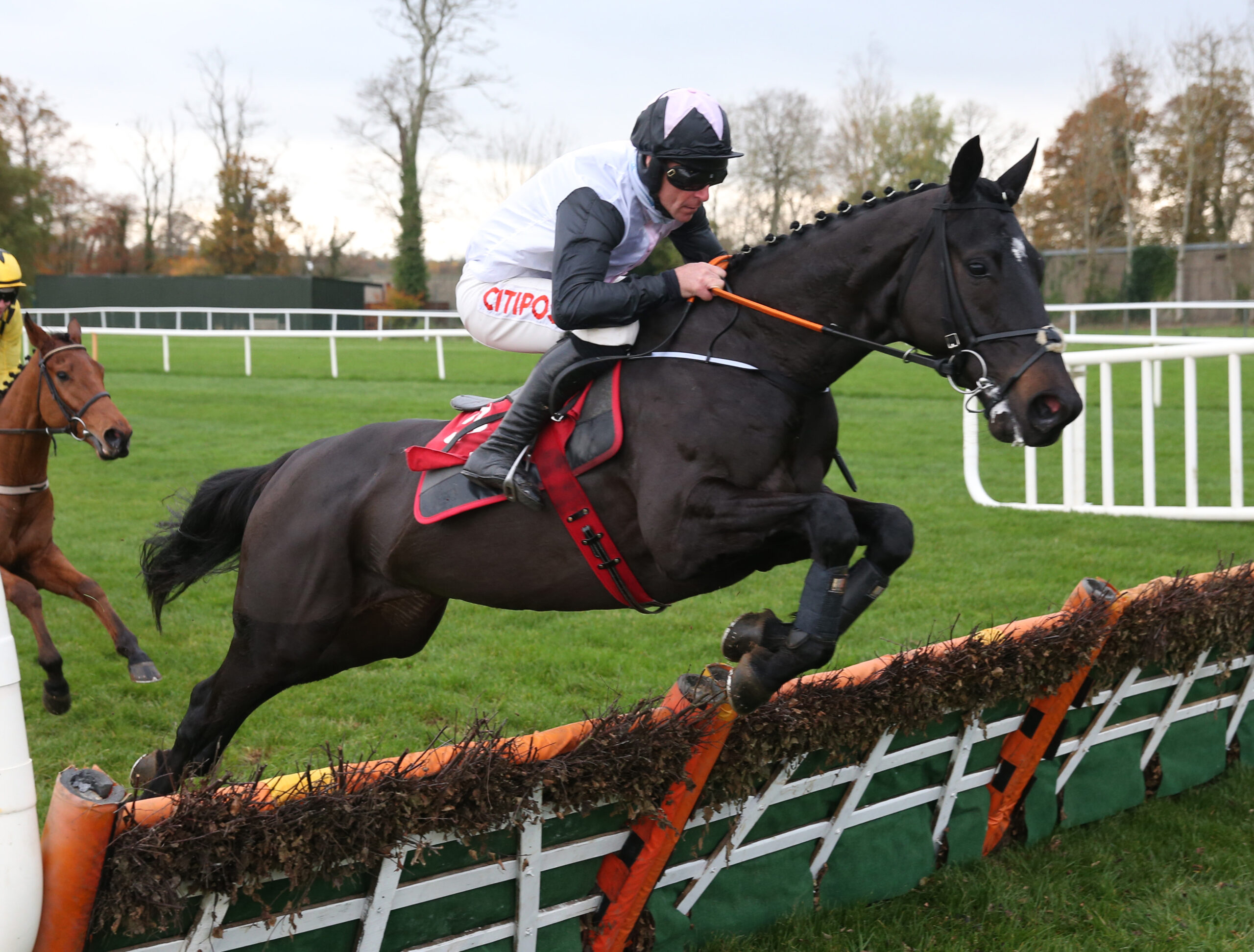 Saint Felicien could be following the Espoir D’Allen route to Champion Hurdle glory by taking in the BetVictor Limestone Lad Hurdle at Naas on Sunday.

The Gordon Elliott-trained five-year-old is one of 11 entries in the Grade 3 contest, which is a feature of an attractive eight-race programme, along with the Grade 3 Naas Business Club Novice Chase, for which there are 14 possible runners.
Elliott pair Felix Desjy and Petit Mouchoir are also entered, while Willie Mullins is doubly represented courtesy of Whiskey Sour and Cash Back, with the latter exhibiting a welcome return to form reverting to hurdles at Clonmel at the beginning of January, after a run of falls over fences.

Grade 2 Lismullen Hurdle winner Darasso could take his place for Joseph O’Brien while Cask Mate (Noel Meade), Ferdia (John Ryan), Flame Bearer (Pat Doyle), Saint D’oroux (Stuart Crawford) and Wolf Prince (Gavin Cromwell) are the rest of the contenders.
The Robcour-owned Saint Felicien remains very unexposed, having arrived in Ireland after an easy hurdle triumph in Auteuil last March. He was an effortless victor on his Irish debut at Gowran Park in November and has much scope for improvement.

Youth shouldn’t preclude him from taking the spoils either, as the aforementioned Espoir D’Allen was the same age when landing the spoils in the BetVictor Limestone Lad Hurdle and then blitzed the cream of the hurdling crop at Cheltenham the following March.
Those were red-letter days for trainer Gavin Cromwell and while his potential runner Wolf Prince is not of that calibre, his rating means conditions races of this ilk might provide him with the best opportunity to garner some prize money.
“We’ll have a look through it and see,” said Cromwell today. “He’s probably badly handicapped and it suits to run in those conditions races to try pick up a few quid but he’s pretty well exposed.

“The BetVictor Limestone Lad Hurdle is a nice race and it was an important day when Espoir D’Allen won it. It’s generally not a big field so while Wolf Prince has a bit to find on ratings this year, he might pick up a bit of prize money.”
Cromwell reports Vanillier to have worked well this morning and to be on target for the day’s other feature, the Naas Business Club Novice Chase.

Vanillier is one of 14 entries and he could resume rivalries with a number of horses from the Grade 1 Neville Hotels Novice Chase at Leopardstown over Christmas, including the Gordon Elliott-trained one-two Fury Road and Run Wild Fred, as well as the fourth-placed Max Flamingo, who is conditioned by Francis Casey.
Willie Mullins’s winning trio En Beton, Stattler and Stratum are also included, along with the Noel Meade duo of Farceur Du Large and Everglow.

Vanillier, who galloped to a nine-length triumph in the Albert Bartlett Novices’ Hurdle at Cheltenham last year, disappointed connections when a well-beaten third at Leopardstown, the seven-year-old never travelling or jumping with the fluency exhibited in his facile beginners’ chase success at Punchestown the previous month.
The Martaline gelding faces potential stiff opposition as he bids to make amends but Cromwell has issued a positive bulletin this morning and is aiming for Naas.

“For whatever reason, Vanillier he just didn’t spark at Leopardstown at Christmas but he worked this morning and we were happy with him so the plan is to run on Sunday.
“It was just one of those days at Leopardstown and it wasn’t his true running. He seems well in himself so he deserves to take his chance and hopefully he will give a good account of himself.”

Only a neck separated Vanillier and Max Flamingo at Leopardstown and the latter’s trainer Francis Casey is mulling over the possibility of his charge making the trip to Naas.

The seven-year-old has yet to get his head in front over fences but has faced some stiff opposition and prior to his excellent effort at Leopardstown, was a two-and-a-quarter-length third to Vanillier’s stablemate Gabynako at Fairyhouse and then a close second subsequently, back at the same venue.

“We still have to make a decision on whether he runs,” said Casey. “It’s a hot looking list of entries, as you’d expect, but some of them will have penalties, which is something you have to take account. The Irish Grand National is the longer term target but I think he has improved for Leopardstown and the decent ground that they look like having at Naas will suit him. The trip (3m 1f) would suit as well as the further he goes the better.

“He was probably a little unlucky not to be third in Leopardstown. If the two fences hadn’t been out, he probably would have finished ahead of Vanillier.

“He’s in terrific form and I think he’s improved from Leopardstown. That was a good experience for him, so we’ll leave it until declaration day before making a decision. If he does run, as long as too much rain hasn’t come and the ground hasn’t gone too soft, I’d expect him to be thereabouts.”

For the latest BetVictor prices on Irish racing visit https://www.betvictor.com/en-ie/sports/364