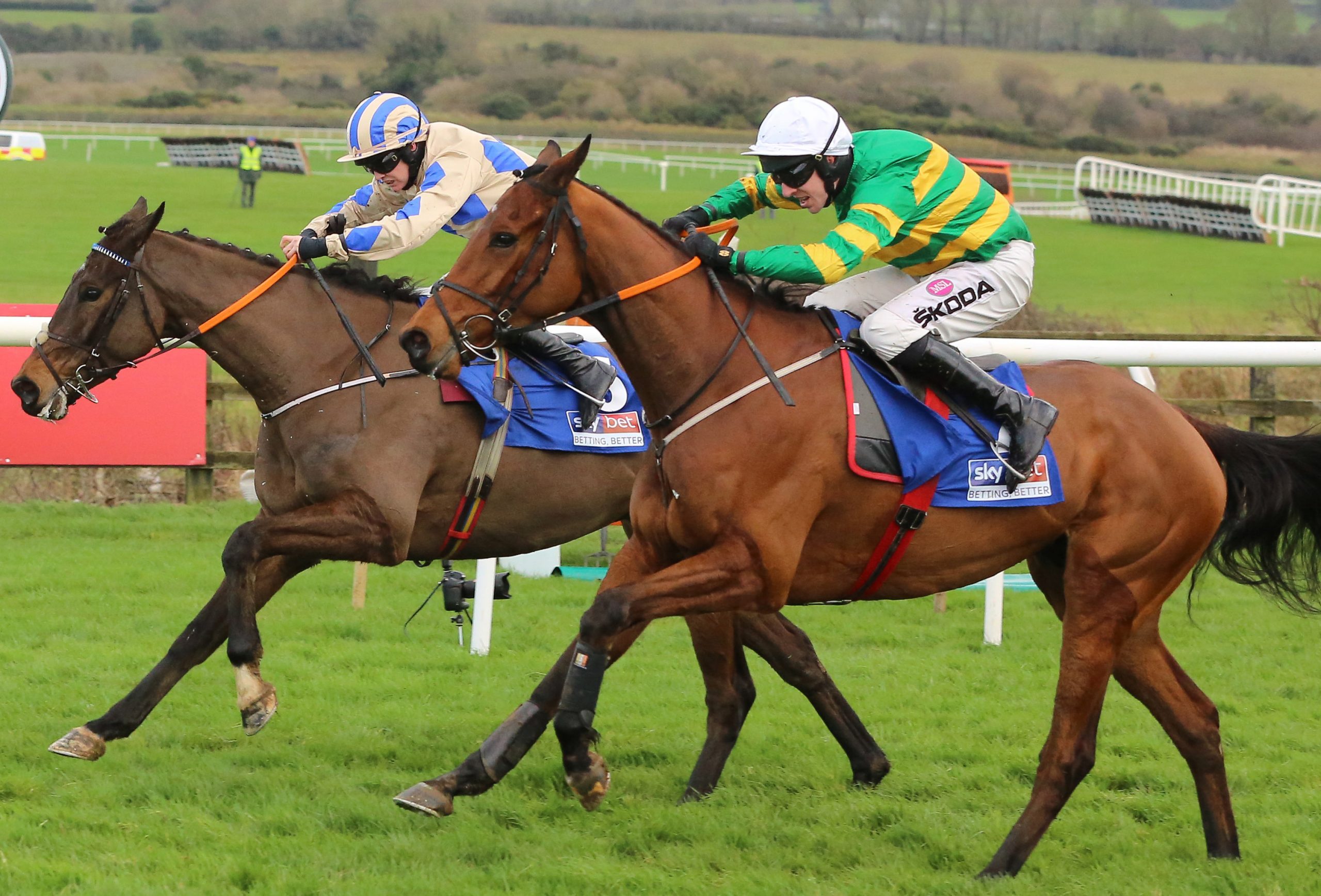 The high class Andy Dufresne will head Gordon Elliott’s quest for a third win in four years in the Paddy Power Betting Shop Novice Hurdle at Naas on Sunday.

The Grade 2 event is one of several quality contests on the Paddy Power-sponsored Road To Cheltenham Day card and Elliott is hoping that his charge will be able to notch up his second graded success of the season. The J.P. McManus-owned gelding is one of three contenders for his trainer in a race that has attracted a field of 15.

“We decided to skip Cheltenham with Andy Dufresne this year as there are a number of nice races for him at home in the spring and this race is the first of them," Elliott confirmed on Tuesday.

“I thought he did well to win at Punchestown last month and I really liked the way he battled to get on top after the last and I’ve been happy with him since then. He seems very well in himself. We’ve a couple of other nice young horses in the race as well and we’ll just see how they all come through their last bits of work before finalising running plans,” added the trainer.

Among the potential rivals for Andy Dufresne are the talented Willie Mullins inmate Mt Leinster, the promising Front View, Jessica Harrington’s recent Fairyhouse scorer Exit Poll and Department Of War who sprang a 100/1 shock in a Down Royal maiden last month.

Elliott could also be represented by the talented Hardline in the Grade 3 WhatOddsPaddy Chase. A Grade 1 winner last season, Hardline is one of eight entries for this two mile affair and he will be looking to bounce back to the form that saw him chase home Min in the John Durkan Memorial Chase at Punchestown earlier in the season.

“He probably ran as well as he has ever done when he was second in the John Durkan a few months ago. I may have run him back too soon at Thurles last time as he had a fall over Christmas but we’ve freshened him up since then and he looks to be in good shape so we are looking forward to Sunday with him,” reported Elliott.

Hardline could face last year’s winner Cadmium while last season’s Arkle Chase third Articulum, the Grade 1-winning Ornua and the Cheltenham Festival hero Any Second Now are among the other possible runners.
The most valuable event on the card is the €50,000 Paddy Power Road To Cheltenham Novice Handicap Chase where the much improved Best Behavior will look to make it three wins in succession for local trainer Oliver McKiernan. Another fast improving sort to take the eye is Padraig Roche’s Castle Oliver.

Racing on Sunday is due to begin at 2.10pm with a potential high class renewal of the Paddy Power INH Flat Race to conclude proceedings with six previous winners entered at this stage.

The Paddy Power Preview Line will take place prior to racing in the Circle Bar at 1.15pm and throughout the afternoon there will be Cheltenham chats in the Parade Ring with a number of Ireland's leading trainers set to discuss their Cheltenham runners.