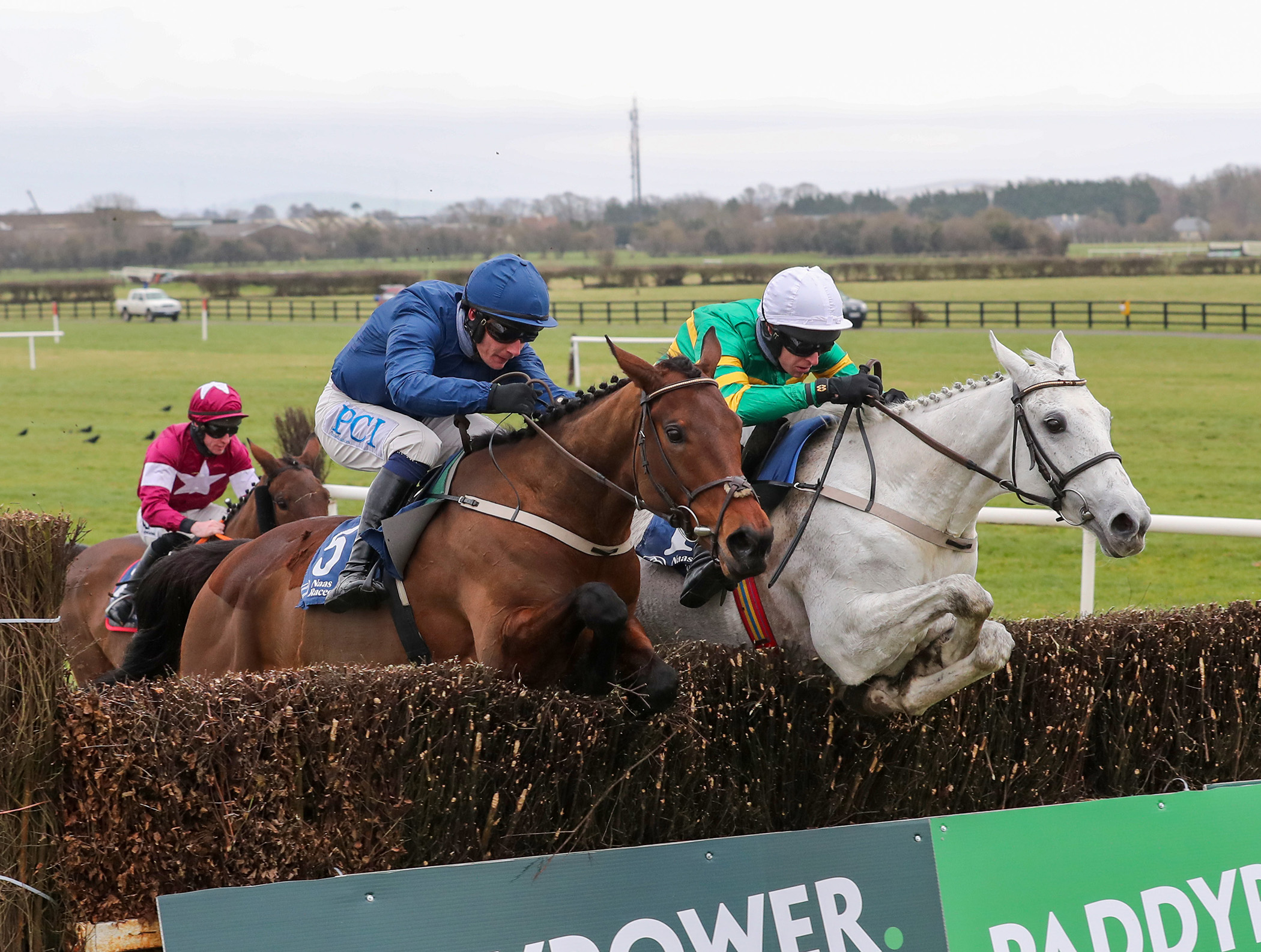 Elimay returns to a familiar stomping ground at Naas on Saturday as she bids to make it two-in-a-row in the Listed BBA Ireland Ltd Opera Hat Mares’ Chase, named after the Valerie Cooper-owned and John Fowler-trained super mare who registered nine of her fifteen career triumphs at the Kildare track.

The talented eight-year-old revelled in the surroundings 12 months ago when running out a five-and-a-half-length victor over Shattered Love, before going out on her shield in a brilliant finish in the inaugural Mares’ Chase at Cheltenham, when Willie Mullins stablemate Colreevy had a half-length in hand at the finishing post.

A subsequent Listed winner at Fairyhouse, JP McManus’ daughter of Montmartre, who will be ridden by Mark Walsh, comes into this year’s Opera Hat renewal off the back off an excellent outing at the Meath venue when second to Mount Ida and Patrick Mullins, assistant trainer to his father, reports her to be in fine fettle as she takes on four other rivals.
“Elimay is in great form,” said Mullins. “This looks a really nice opportunity to get her back to winning ways. Court Maid is quite closely matched to her in ratings but doesn’t appear to be in the form she was. So hopefully Elimay can get her head in front and it should be a perfect launchpad back to Cheltenham.

“But the Opera Hat Chase is a valuable race in its own right with a good history and we’re looking forward to Elimay running in it.”
Mullins Jnr has an important outing himself in the next race on the card, when he gets the leg up on Billaway in the Congratulations To Naas GAA On An Incredible Year Hunters Chase, which honours the local GAA club’s recently-crowned All-Ireland intermediate hurling champions, as well as the football team that secured a first county senior football championship in 31 years completing the rare feat of senior football and hurling championship success in the same season.
Players from both successful teams will be at Naas on the day with the three cups and will be available for autographs and photographs with fans and supporters.

In the race itself, Closutton is represented by two of the six runners, and Elliot Ohgren gets the call-up on Good Bye Sam. Unlike his six-year-old stablemate, Billaway has been a standing dish on the hunter chase circuit in recent years and like Elimay, clearly enjoys Naas. If successful, the ten-year-old would be recording a three-in-a-row in this contest.
“Billaway will come on from his season debut at Thurles, where he was a bit sluggish when second,” noted Mullins. “He has never won first time out in a season so I’d be expecting a far truer performance form him. He’s won this the last two years. The track seems to suit him. He is in first-time cheekpieces and we’re hoping they might sharpen up his jumping a little bit.”

Live coverage of Ireland’s Six Nations crunch match with France will also be available on screens around the track, ensuring that those in attendance won’t miss a thing from Paris to Naas on a thrilling day of sport.