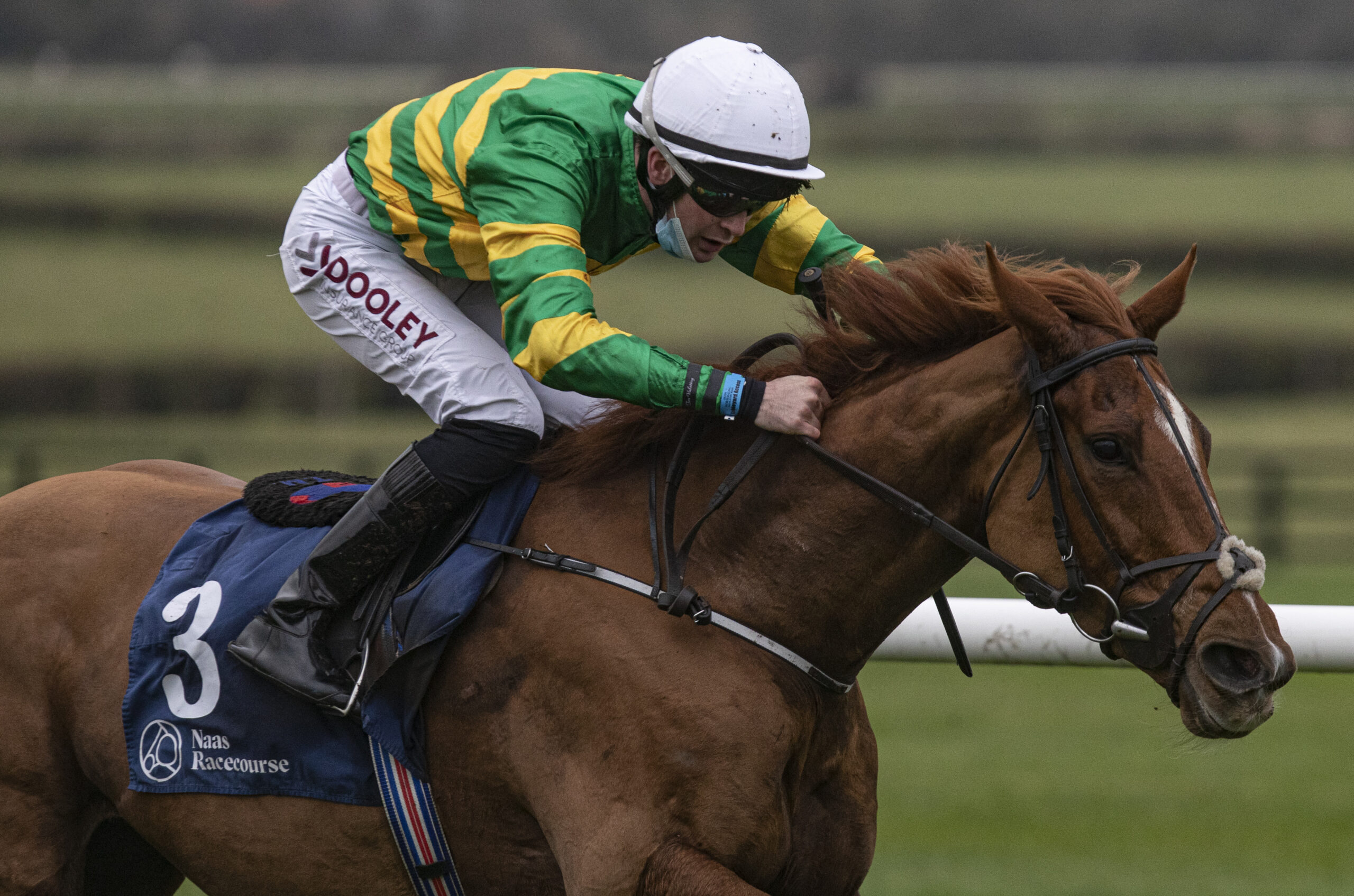 Attention in the Thoroughbred County will turn to a Festival of Flat racing this weekend as a new season begins at The Curragh this Saturday followed by Naas on Sunday.

On a weekend that promises some fantastic fare, the 2022 Flat season will get underway on Saturday with the traditional curtain-raiser of the Castlefield Stud-sponsored opening two-year-old maiden of the season on a card that features the €100,000 Paddy Power Irish Lincolnshire and the Group 3 Lodge Park Stud Irish EBF Park Express Stakes.
At Naas on Sunday, the Plusvital Devoy Stakes is the highlight along with the ultra-competitive Madrid Handicap for three-year-olds.
Fresh from his Cheltenham Festival success last week, trainer Joseph O’Brien expects to be busy on the opening weekend of the Flat season with 14 entries across both cards.

“It was great to have a winner at Cheltenham," said O'Brien. "It’s a tough place to compete so to come away with a winner was brilliant but you always seem to be moving onto the next thing in racing.
“So we’re looking forward to getting the Irish Flat season going at The Curragh and Naas. All the dreams are alive and well at this time of the year and hopefully we’ll get off to a nice start.

“We are hoping to run Emphatic Answer in the Lodge Park Stud Park Express Stakes in The Curragh. She’s a good progressive filly who won a handicap over course and distance last year and finished up when second at listed level in the Garnet Stakes at Naas, so we’re looking forward to her running well on Saturday.”

Looking ahead to Sunday, O’Brien added: “Patrick Sarsfield is in the Plusvital Devoy Stakes. He is a nice horse who won at Group 3 level in the past in the Meld Stakes at Leopardstown. He’s in good form. We are happy with him and we thought this would be an ideal opportunity to get him going. We are hoping that he’ll get his season off to a positive start in Naas on Sunday.”

Jessica Harrington has made no secret of the main focus of attention of her string turning towards the Flat season and she too looks set to be well represented at her local racecourses this weekend.

Harrington has Laelaps in the Paddy Power Irish Lincolnshire, a horse who her daughter and assistant, Kate, hopes will be well suited by conditions at this time of year.

“Laelaps is a bit of a soft-ground horse but has done very well over the winter and is an awful lot more relaxed now compared to last year. He’s been gelded since last year and we’re very happy with his work,” Harrington reported.

The famous Commonstown stable will be hoping to get the season off to the best possible start in the opening Alkumait Standing At Castlefield Stud With A €10,000 Bonus Irish EBF Maiden where they run the filly Ocean Quest in the first juvenile race on the calendar.
“Ocean Quest has been exciting us at home,” she added “She’s by first-season sire Sioux Nation and she’d done everything nicely so we hope she’ll run a nice race.”

Harrington won the Plusvital Devoy Stakes at Naas with Still Standing in 2019 and on Sunday relies on the talented Barrington Court who has certainly shown a liking for the track.

“Barrington Court is in the Plusvital Devoy Stakes. She won two Listed races, the Bluebell Stakes and the Finale Stakes, in the space of three weeks Naas at the end of 2020 so we know she likes the track.

“We’re very, very happy with her. She’s flying and ready to go but we just wouldn’t want the ground to dry out too much.”

A notable aspect of the weekend is the emergence of new sponsors at The Curragh, in the form of Castlefield Stud, who will reward the winning breeder of the opening race with a free nomination to their first-season sire Alkumait, and Barberstown Castle, recently acquired by racehorse owner, Amanda Torrens.

Thanks to The Curragh’s ongoing partnership with Cavalor Equine Nutrition, all winning horses will receive an equine wellness hamper, while, Moyglare Stud will continue to sponsor the stable staff canteen, ensuring that the staff who care for the horses and are working on the day can enjoy a complimentary meal.

Then, it is on to Naas the following day, Sunday, March 27, where Plusvital, Compas Stallions and Equuip are among the key sponsors and owners with runners have access to first-class hospitality and facilities as they watch their charges perform.

The Irish Flat season will get underway at The Curragh with an eight-race card beginning at 1.25pm on Saturday, while Naas also host an eight-race card on Sunday with four of the races being sponsored by Compas Stallions. Micheál Orlandi, owner of Compas Stallions, will reward the winning breeder of each of his four sponsored races with a free nomination to the the named stallions of the race and the Compas Stallions Handicap winner will get a free nomination to a Compas Stallion of their choice. In addition to that, the winning breeder of the Plusvital Devoy Stakes will also win €500 worth of Plusvital products.

A key element to the weekend festival is providing visitors with some insight as to what is involved on race day and also to consider what might occur, at a time of year when everyone has a dream and the champions of tomorrow are still to emerge, while the anticipation that comes with the existing stars returning to the exhibit their class is also thick in the air.

At The Curragh, included in the entertainment will be a variety of parade ring chats with leading trainers and jockeys as they look forward to the season, together with a number of very special guests.

At Naas, multiple Classic-winning jockey, Chris Hayes will join clerk of the course, Brendan Sheridan and general manager Eamonn McEvoy to take anyone interested on a walk of the track that is certain to be informative and enlightening. To register your interest for this unique opportunity, which is available free of charge and starts at 10.30am, mail [email protected].
At 12.15pm, Hayes will participate in The People Behind The Moment panel discussion In the Marquee along with local trainer Ross O’Sullivan, breeder Micheal Orlandi of Compas Stallions, who sponsor four races on the card, Johnny Bourke of Syndicates.Racing and Heather Downey, representing the event sponsors Equuip. Tea, coffee and sweet treats will be served
Throughout the day, jockeys will mingle and perform meet-and-greets particularly with children, as well as offering some guidance on the racehorse simulator and handing out goodie bags.