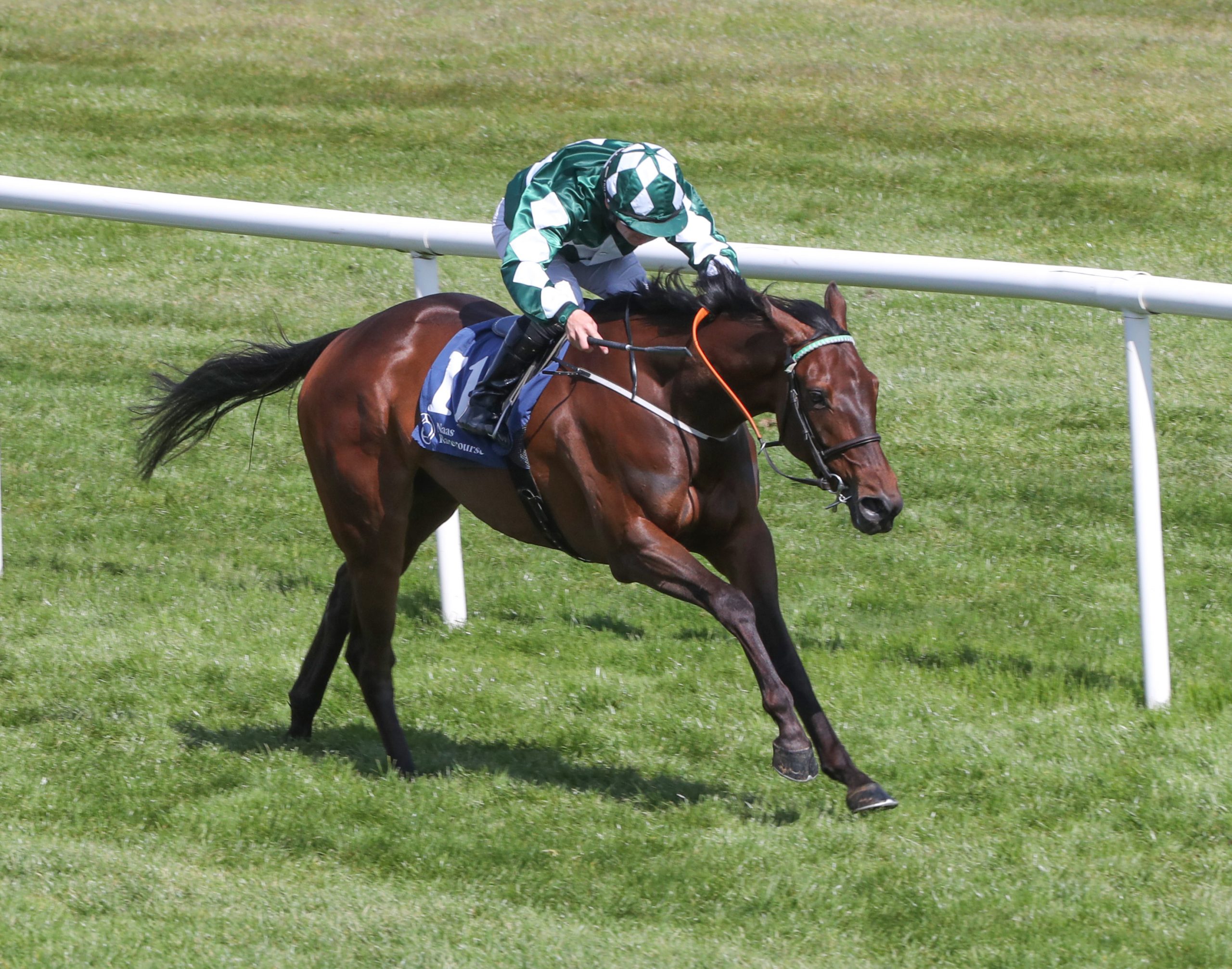 Davison returns to Naas as he reaches for the stars

The annual Royal Ascot Trials Day at Naas has once again attracted some stellar entries throughout the card and the recent Woodlands Stakes winner Mooneista is searching for more Naas glory on the way to the Commonwealth Cup next month.

Jack Davison’s stable star Mooneista is one of 18 entries in the Group 3 Goffs Lacken Stakes as the Meath-based trainer plots his route for a tilt at Group 1 honours at Royal Ascot and the daughter of Dandy Man will face stiff opposition with the likes of A Case Of You, Law Of Indices and another course and distance winner Pale Iris also among the entries.

Davison said today: “I’m actually working back from the Commonwealth Cup since the Woodlands Stakes. I decided that if we were to consider going for a Group 1 at Royal Ascot, we needed to up our game a bit so from Listed into Group company is a good progression. That is the thought process behind it and going for the Goffs Lacken Stakes on Sunday.”

Reflecting on what was a special family success at Naas last month, the trainer added: “She did it nicely but it was a story you couldn’t have written to be honest. Between my parents owning Mooneista’s dam, Moon Unit, and breeding Mooneista from her, and then Dandy Man, who is Mooneista’s sire, being second to Moon Unit in the Woodlands Stakes. And of course my parents bred the trainer as well!”

“Mooneista continues to be progressive. I think we have to see the best of her but I prefer to let the horse do the talking. She goes to Naas pending a bit of work tomorrow but she has been in flying form since winning and couldn’t be better.”

Some high class two-year-olds will be in action at Naas on Sunday and five races will be shown live on RTÉ Racing with Royal Ascot clues aplenty on offer.

The Aidan O’Brien-trained Contarelli Chapel who wowed everyone when winning on debut at Naas last month is set to return to the track for the Group 3 Coolmore Stud Irish EBF Fillies Sprint Stakes, where she could meet a more recent Naas winner, Freedom Of Speech for the Guineas winning connections of Jim and Jackie Bolger.

Another O’Brien-trained juvenile stands out in the Coolmore Stud Calyx Race as Cadamosto is set to make his turf debut following a victorious racecourse debut at Dundalk.

Some more familiar names and seasoned performers entered in the Sole Power Sprint Stakes may also have Royal Ascot on their agenda as Make A Challenge, Urban Beat, Indigo Balance and Harry’s Bar are among the entries for the race named in honour of one of Ireland's finest ever sprinters which could be the most intriguing contest of the day.

Sunday’s card has attracted strong fields throughout the afternoon with 21 names going forward for the Owenstown Stud Stakes over seven furlongs in which Harpocrates, Lunar Space and Darwell Lion are among those of notable interest.

Commenting on the strong entries for the Royal Ascot Trials Day, Henry Beeby, Group Chief Executive of Goffs commented: “Goffs is delighted to sponsor the Group 3 Goffs Lacken Stakes on Royal Ascot Trials Day at Naas. The association with the Royal Meeting is a perfect fit for Goffs as we are about to launch the 2021 London Sale which this year will take place as an online sale like no other.  We are aiming to catalogue a small but select group of horses in training with global appeal, including several Royal Ascot entries which is a unique feature of the Goffs London Sale.”