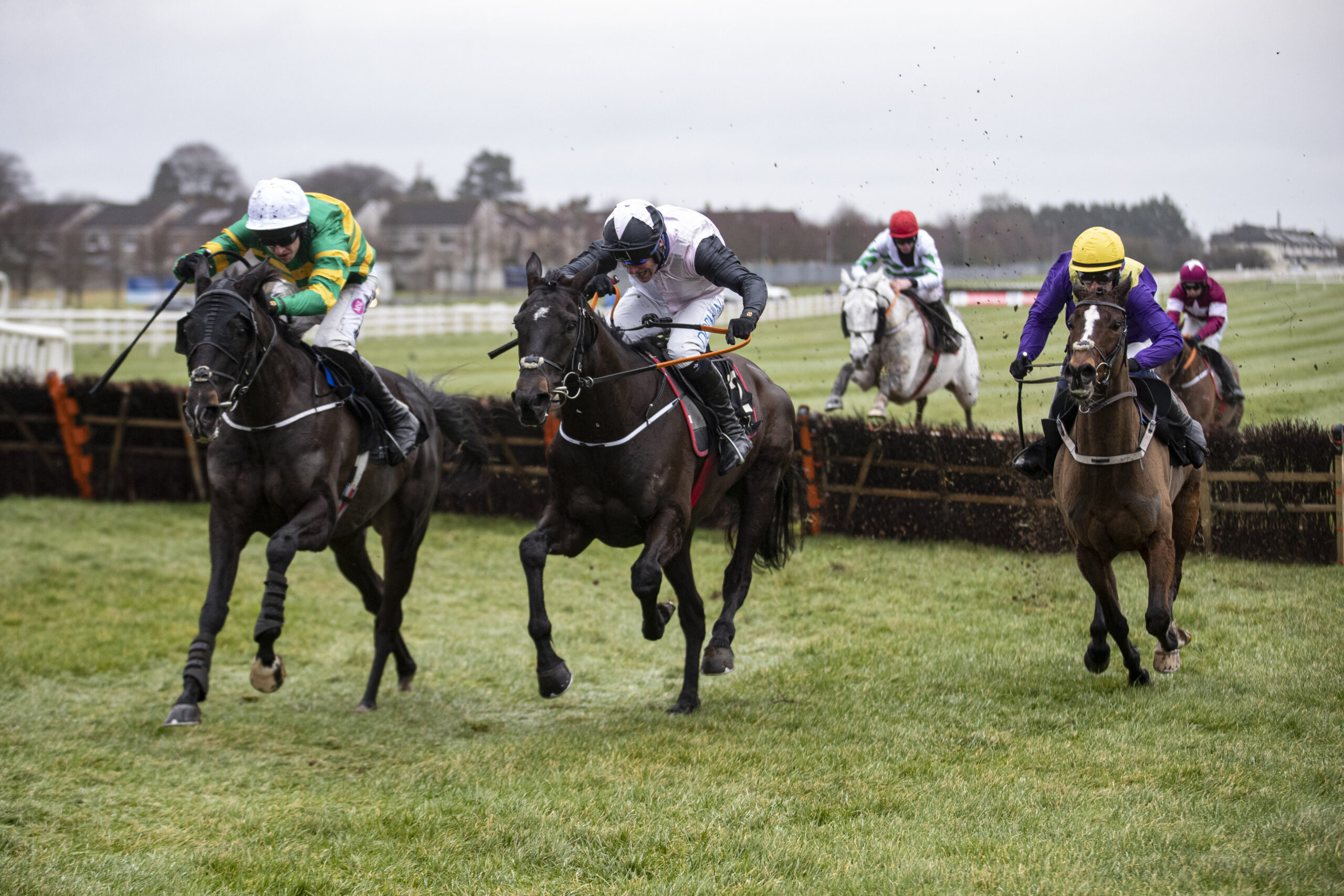 The versatile Darasso recorded a sixth victory under the care of Joseph O’Brien when running out an impressive winner of the feature Grade 3 BetVictor Limestone Lad Hurdle.

On a milestone weekend when owner JP McManus enjoyed his 4,000th winner as an owner, the famous green and gold colours were once again prominent at Naas on Sunday as Darasso reeled in Saint Felicien after the last to land the spoils by three and a quarter lengths under Mark Walsh.

“He had to give weight away to everything there and ideally he probably wants two and a half miles but they went such a gallop there his stamina came into play in the straight,” the winning jockey reported. “It looked on paper there would be plenty of pace and I was happy to sit behind Robbie Power on Saint Felicien. Going to the second last hurdle I let my lad go up there and he got there very easily and I actually missed the second last and Robbie got a length up on me. But my lad was upsides him again soon enough and went away readily in the end.”That was the first leg of a double for O’Brien, Walsh and McManus with Champion Green winning the first division of the Naas Racecourse Maiden and justifying 4/6 favouritism in doing so.

Cheltenham is the next port of call for Stattler who won the opening Grade 3 Naas Business Club Novice Chase for Willie Mullins and Paul Townend.The seven-year-old son of Stowaway had numerous placed efforts in Grade 1 company last season and followed up his impressive beginners chase win in December to get the better of Farouk D’alene by a length and a quarter.

“He was tough there,” Townend said. “The second is a good horse and Stattler grounded it out well. I had him down as a complete schoolmaster but he let me down once or twice today without ever doing anything silly. He is a very good jump but I was a little bit disappointed in that area today. It was a nice gallop today and here especially from the back of the last he dug in and I think that is the sign of a proper stayer. Mullins confirmed the National Hunt Chase in Cheltenham as the next target adding: “I’d imagine we will put him in that. A longer trip will suit him.”

Cheltenham is also on the agenda for the other two Mullins winners on the day. The Nice Guy could be in the mix for the Albert Bartlett Novice Hurdle after opening his hurdling account by eight lengths, while emphatic BetVictor Proud To Support Irish Racing Bumper winner Seabank Bistro who was too good for odds on favourite Santonito.
Of The Nice Guy, Mullins said: “Paul said he’d be happier to go further. He jumps and gallops. Following the finale, Mullins added: “I’d imagine he’ll get a ticket for Cheltenham in March. He can go wherever he wants after that. A longer trip will suit him".

For the latest BetVictor prices on Irish racing visit https://www.betvictor.com/en-ie/sports/364