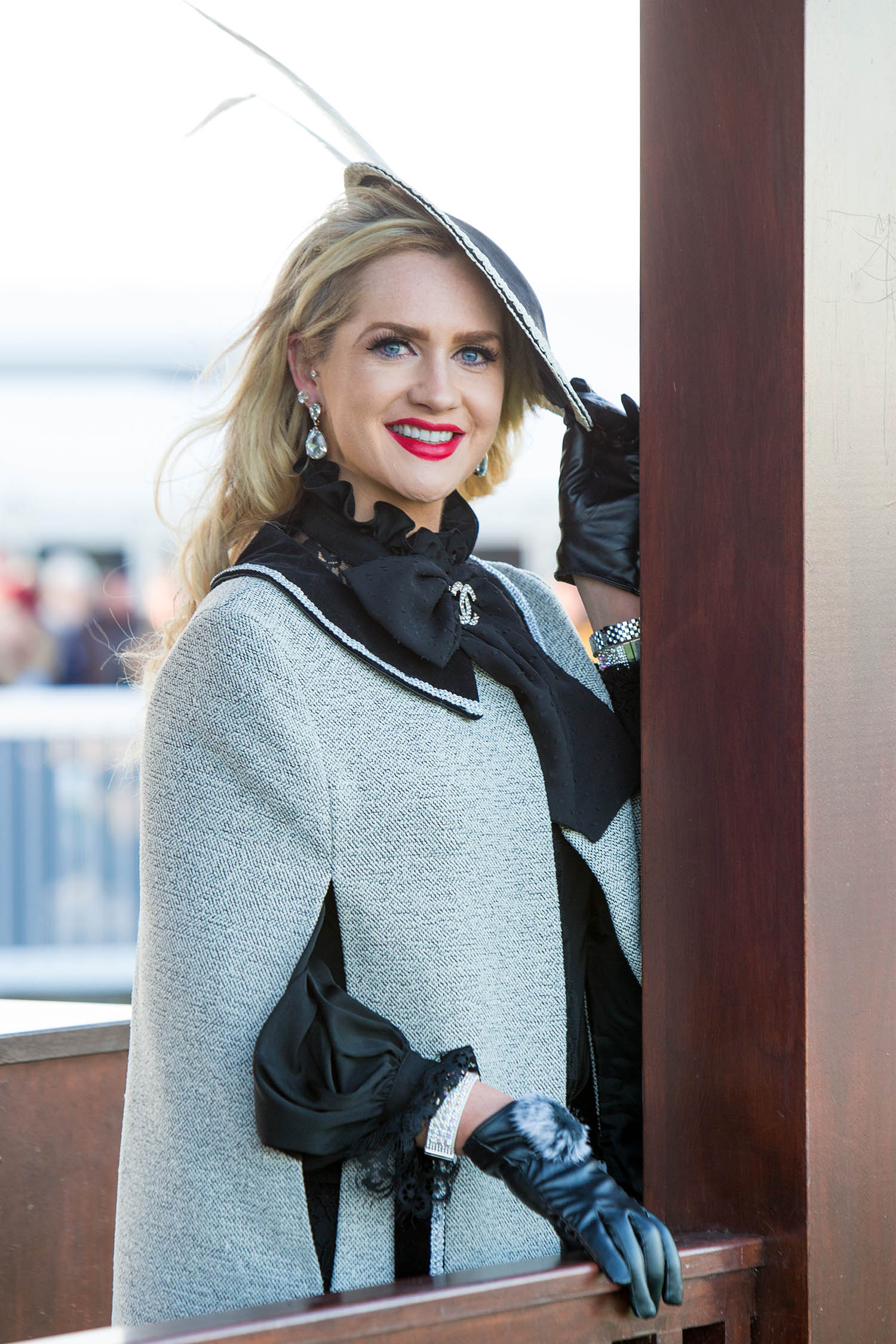 Colour, Fashion, and Fun at Ladies Day at Naas Racecourse

Lorna Doogue, from Ballyharmon in Co. Carlow was declared the Best Dressed Lady at The Lawlor’s of Naas Novice Hurdle at Naas Racecourse on Sunday, January 7th. Lorna owns her own boutique in Kilkenny called Lady Lorna Designer Emporium and was wearing a cape from her mother’s fashion line, Lorna Doone Design.  Her hat was by Kildare milliner, Michelle Fallon Millinery. The prize for the best dressed lady was a €2,250 Raymond Weil watch, courtesy of Hugh Statham Jewellers who sponsored the fashion competition on the day.

The 5,217-strong crowd watched the Willie Mullins-trained Next Destination win the Lawlor’s of Naas Grade 1 Novice Hurdle under jockey Paul Townend. It was the second time that the promising six-year-old has won on this track in the space of two months, having previously won a maiden hurdle at Naas in November. Mullins will now look to aim the impressive winner at the Cheltenham festival in March, where he will contest either the Ballymore Properties’ Novice Hurdle or the Albert Bartlett Hurdle.

Lorna’s outfit caught the eye of the judges, celebrity stylist Ingrid Hoey and Anna Fortune of The Kildare Post. The four runners up in the fashion competition also won a necklace each worth €190 from Hugh Statham Goldsmith & Jewellers in Naas. Speaking after the announcement of the best dressed lady was made, Ingrid Hoey said; “I must say that I really enjoyed seeing some of the colourful and elegant styles that were on show here today. Naas Racecourse is always a haven for great style, and this was a brilliant way to mark the first major fashion event on the Irish sporting calendar this year.”

Fashion sponsor, Hugh Statham said; “It’s always lovely to see someone who has their own style and can create a look that is very much their own. I thought that Lorna was very elegant but her look was also distinctive and individual.”

The premier Grade 1 race at Naas has featured top-class performers in the past such as two Grand National winners, Pineau De Re and Rule The World and was the first Grade 1 race of the year in Ireland. The next meeting at Naas Racecourse takes place on Sunday, 28th of January when the new feature building will be officially launched. For more information on future race days at Naas Racecourse see www.naasracecourse.com