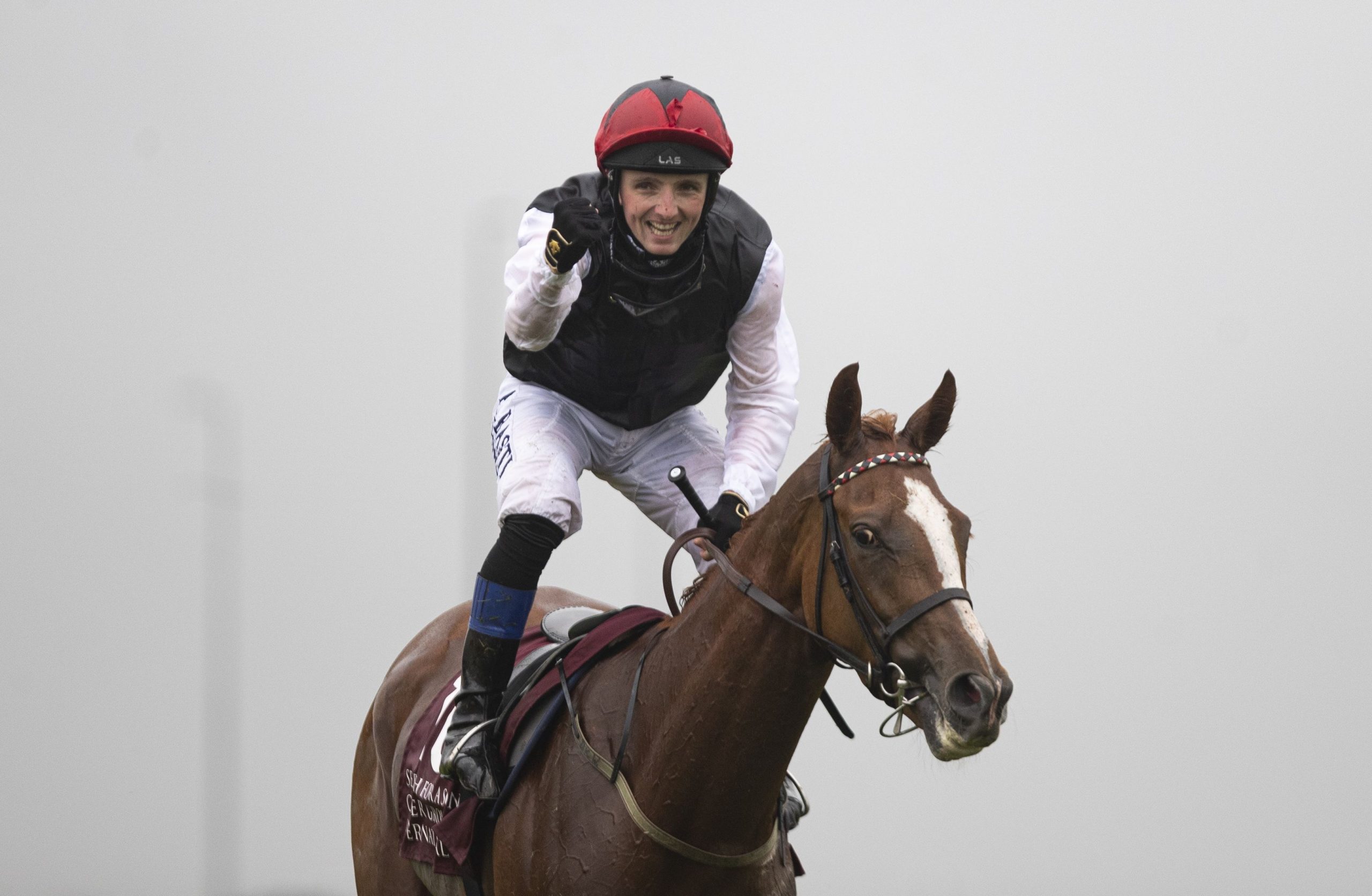 The season is a long grind but there have been many positives and a lot of reflect fondly on from my personal point of view.

I think bringing the opening meeting of the Flat season and also the final meeting of the season to Naas Racecourse has been a real good idea and has worked really well for the last few years.

Naas has been a lucky track for me over the years and I started the season with a winner there on the first day and will be hoping to finish the way we started when we are back there for the Flat Finale.

The final day of the season is when we crown our champions in Ireland and the race to be champion jockey could well go down the final day. Colin Keane was the first champion jockey to be crowned at Naas a couple of years ago but everyone remembers that day because there was such a good atmosphere in the place and there’s every chance we’ll have something similar again.

Donnacha O’Brien does hold the advantage at the moment, and if I’m honest, I think he’ll be hard to beat. With the limited meetings we have remaining I just think that Donnacha holds the aces.

That’s not the only excitement in the weighroom at the moment as we also have Oisin Orr and Andrew Slattery fighting out to be champion apprentice.

With having an association with both Dermot Weld and Fozzy Stack I have got to work closely with both Oisin and Andrew and there’s no doubt they are two lads with a very bright future. I think it shows the calibre of jockeys in Ireland when you see the two jockeys championships being that close.

Search for a Song

When I reflect on the season, my highlight would have to be winning the Irish St Leger on Search For A Song. It was an emotional victory for a number of different reasons. I had formed a new association with Dermot Weld and Rosewell House and I think the fact that the filly runs in the famous colours of Moyglare Stud… well, when you think of Moyglare’s colours you think of Pat Smullen and I consider Pat a very good friend so it was a fantastic day.

I actually rode Search For A Song in the Irish Stallion Farms EBF Oaks Trial at Naas back in June, and although she was second that day, we knew after that race we had a good one on our hands as Naas is a great track to find out about horses.

I got a good kick out of winning the Irish National Stud EBF Blue Wind Stakes at Naas as well. That is a Group 3 race that means a lot to Mr. Weld and Tarnawa was a three-year-old beating the older filly Who’s Steph and she has gone on to win a Group 3 and a Group 2 after that.

There’s no way I can talk about the 2019 season without mentioning Madhmoon. I was actually just talking to the boss (Kevin Prendergast) about him on Thursday morning. He was fourth in a Guineas and second in a Derby and I’m delighted he is being kept in training for next season and we’ve got a horse to keep us dreaming over the winter again. He’s out in the paddock at the moment enjoying a well deserved break.

It was frustrating we didn’t get more out of him this season in terms of winners but he won a Group 3 at Leopardstown and he wasn’t beaten that far by Magicial in the Champion Stakes so I think we do have a nice horse to look forward to as a four-year-old to go to war with. You never know, maybe the Alleged Stakes at Naas – which Magical won this year - in April could be a potential starting point for Madhmoon next season.

For now, the countdown is on to the end of the season when we’ll crown our champions. Aidan O’Brien is obviously champion trainer again and he is a remarkable man. He breaks records one year and then breaks his own record again the following year! Funnily enough, Aidan only turned 50 the other day and I think the only man who can compete with his records is his own son, Joseph. He recently trained his 500th winner in just three years which is some going.

We won’t be short of entertainment with Donnacha and Colin fighting out the jockeys championship and Oisin and Andrew in the apprentice championship and there’s no doubt there will be a great buzz at Naas Races again for the Flat Finale on Sunday 3rd, November.