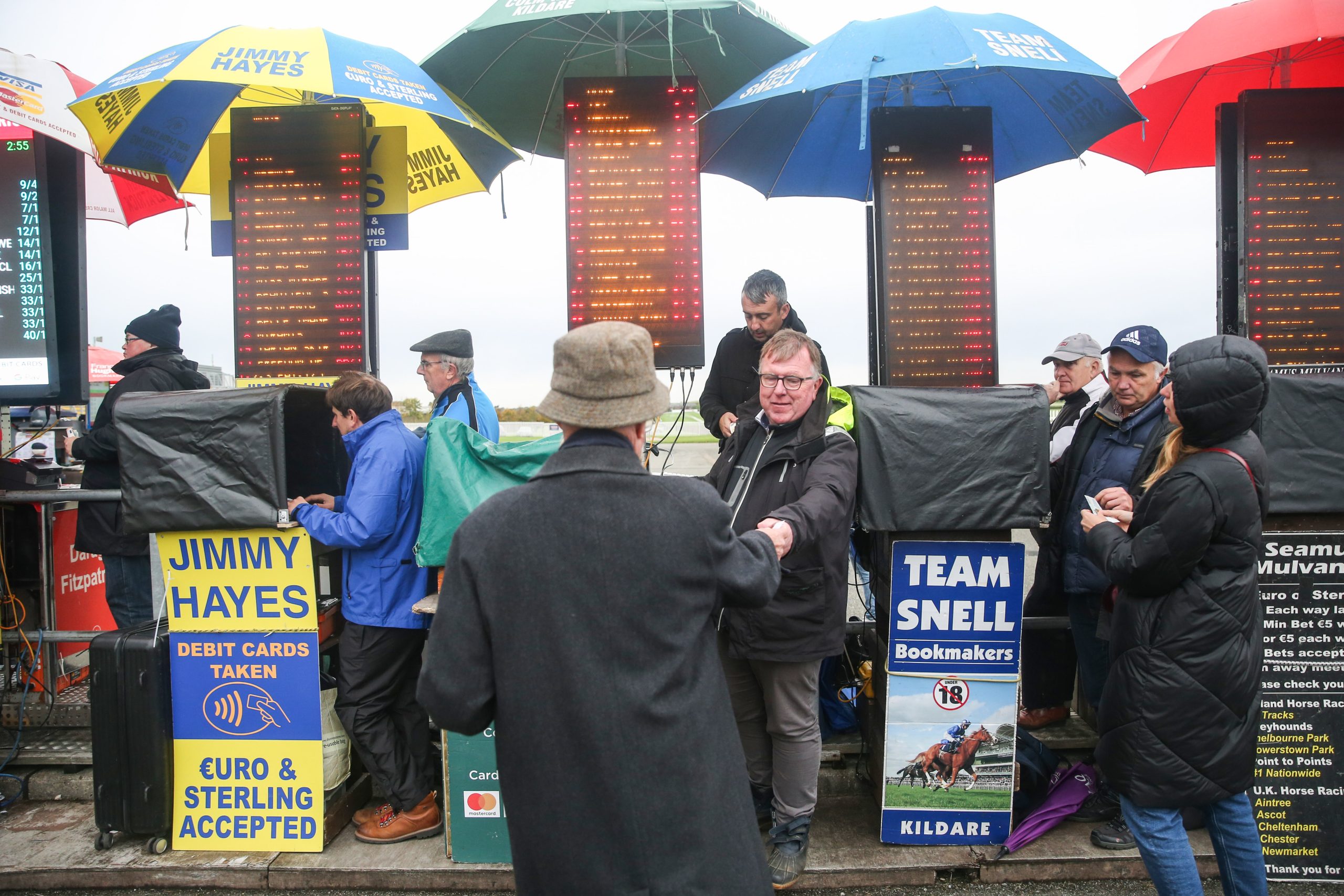 We are delighted to have Colm White Bookmaker back again this year as a feature sponsor of the November Handicap on the Flat Finale Day. Colm is a Kildare native and we caught up with him on why he sponsors at Naas and some details on the betting game!

Colm will also be offering a €10 match bet in the racecard this Sunday, 6th November so make sure you pick a winner!

What made you decide to sponsor the Premier November Handicap at Naas?

I liked the idea of being involved in a track that has been very progressive over the last few years and it’s a race that for years has produced some very exciting finishes and I like the concept of horses passing the stand twice during a race. It’s a local track to me and I wanted to support.

Why do you have a pitch at Naas?

Being local I think it’s imperative that you support your local tracks. I find the turnover very good and its one of the few tracks that has held up post Covid in regards to turnover and attendances. I just like the ambience of the place and working here.

What is your favourite meeting?

My favourite meeting at Naas is probably the Lawlor’s Hotel meeting in January where you see a lot of potential stars of the future and logically the Naas November meeting that I’m sponsoring at is also high on the list.

What is your favourite racecourse?

I would have to say the Curragh is my favourite racecourse, being born and reared beside it.

What is a standout punt you’ve taken?

One I backed – Intrepid Prince in Galway 2016 I backed him from 16-1 to 7-2 and he won. He won here actually three days later on the Bank Holiday Monday.

Bet I’ve taken was probably €3,000 on Cape Gentlemen in the Plate this year at 9-1, he travelled down the hill but he didn’t get home.

If you could have a pitch at any track/meeting in the world where would it be?

Flemington. It’s just amazing. Look Cheltenham and Aintree are great but we’ll stick over here for the minute.

Would you lay many of your own bets?

It’s part of the industry, it’s a bit like insurance. Close to the off, the theory of being a bookmaker is you have a balanced book. I decide then some horses I want to take a risk on, and some horses I don’t.

How do you determine prices on track?

I usually spend a couple of hours the night before going through the races, videos, etc, then I have a predetermined idea of what prices I think horses should be. Logically enough you look at what's on offer the next day and you tailor your own prices in line with them but if I wasn’t to go pricing a horse it’s because I don’t think it will win. You don’t want to be too far out of line, under or over. If you have guys betting with you all the time you want to be in with the mark so that they don’t go somewhere else, that type of thing.

What would you do if you won the lotto?

Sure I think being alive at nearly 58 is winning the lotto! Sure you’d have to have a string of racehorses. I wouldn’t give up the betting, I’ve been doing it since I was 12. I’d have a better time! I’d send them to the races and I’d arrive a half hour before the races with a raincoat over my arm and just swan in.

Any hobbies outside of racing?

I would have played a bit of golf and I’d watch a lot of GAA and rugby.  Sarsfields in Newbridge would be my local club.