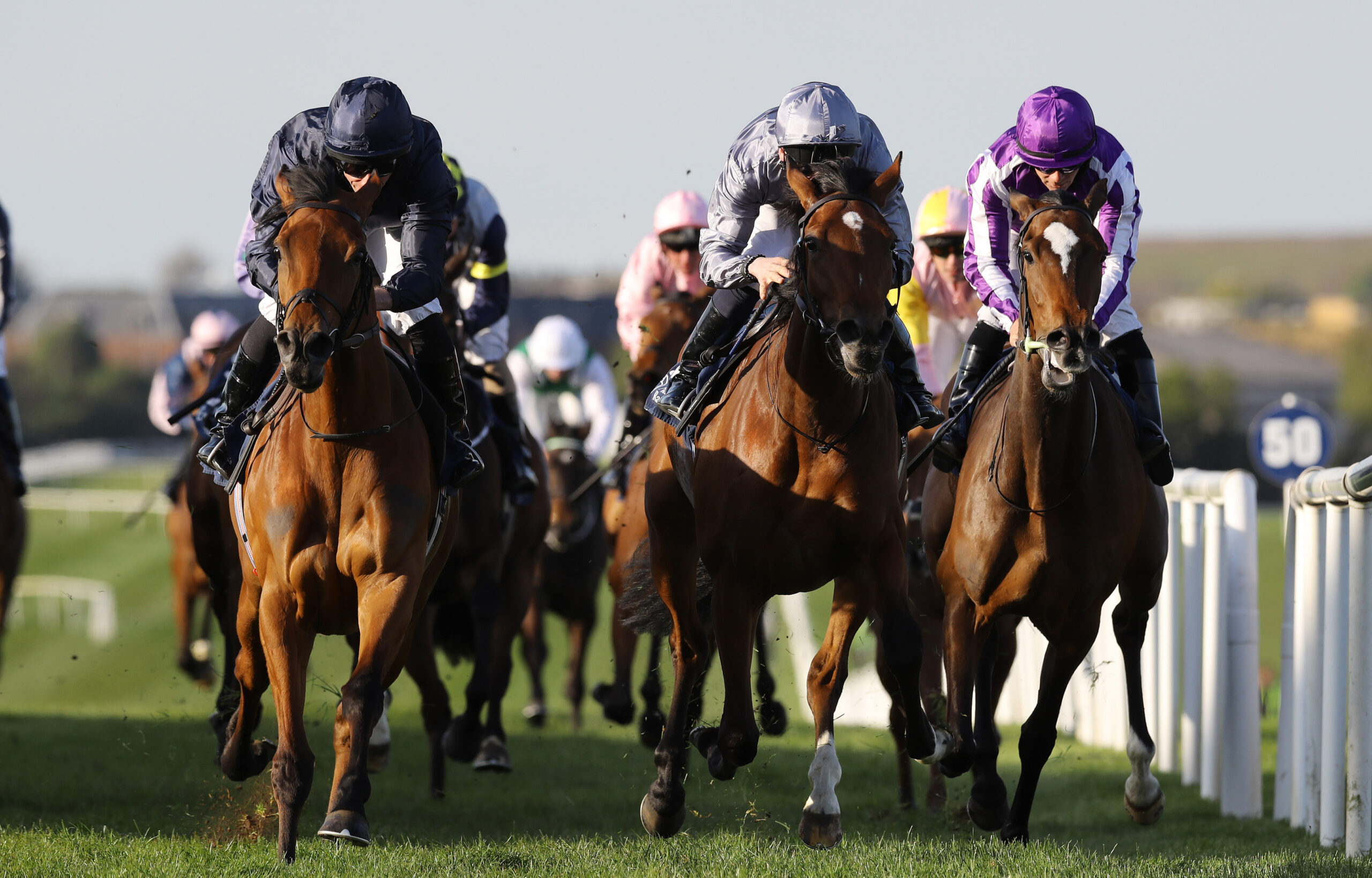 Darren Bunyan is hoping he has another exciting prospect on his hands in the shape of Suwappu who is primed for Group 3 action this weekend.
The Dundalk maiden winner caused something of an upset on debut when winning at odds of 16/1 but it was no surprise to the Curragh-based trainer that the daughter of Aclaim was able to win like that and the Irish Stallion Farms EBF Blue Wind Stakes may be the next step on her ladder.

“She has improved a ton for the run – more than we were expecting - but we’ll see where she fits in after this weekend,” Bunyan said on Tuesday. “She’s not over-big so she wouldn’t want too much of an ease in the ground but she’s a typical Aclaim, absolutely bullet proof. She’s tough as nails.

Bunyan’s patience appeared to pay off with the three-year-old who didn’t race at all as a juvenile.
“She just took a bit of time. She was weak at two so I gave her the time. I didn’t want to rush her and as it’s working out, the Aclaims, you can’t beat them at three. Some horses need more time, so you have to give it.”Suwappu carries Bunyan's own colours and though that might not always be the case, the trainer has resisted temptation to sell following the Dundalk success.

“There’s always offers for a good one but we’ll hold on to her for now because there are big days in her,” said the trainer. “This is very much a selling yard but there’s always a right and a wrong time to sell and she’s a filly that will be stakes level. She’s not at her maximum value yet.”
Bunyan will be watching from afar however.

“I’m grounded at the moment after surgery on my back a few weeks ago and I can’t travel, or drive. It’ll be another three weeks I’d say. I haven’t missed a minute in the yard, I just can’t travel or do any physical work. It was fairly major surgery.
“All the old injuries built up and came together at the one time so I had to get it sorted. It was cruel at times over the last few years but I’ll be like Superman in a month!”

Bunyan’s maiden winner will face a formidable challenge against some more experienced rivals such as recent course and distance winner Emily Dickinson who is one of five Aidan O’Brien-trained fillies in the race. O’Brien has also included Ark, Lily Pond, The Algarve and Twinkle.

O’Brien’s son, Joseph, also holds a strong hand in the Blue Wind Stakes with Naas maiden winners Albula and Tosen Lydia leading his assault alongside the 103-rated Tranquil Lady and his mother Annmarie’s homebred River Rain.
Jessica Harrington could have a talented Moyglare Stud-owned filly on her hands in Trevaunance who could make her seasonal bow, while recent Gowran Park maiden winner Lyrical Poetry is another interesting entry.
Saturday’s Naas card also features the Irish Racing Writers Handicap and the competitive sprint has attracted 21 entries including the Kevin Prendergast-trained Mudamer.

The CW Clothing Handicap welcomes new sponsors to Naas as Conan Watt extends his involvement in the horse racing industry. CW Clothing currently provide branded clothing for many familiar names within the industry such as Goffs, Plusvital, Gain Equine Nutrition and Henry de Bromhead. Recent course and distance winner Radiyka is a notable entry in the race for Dermot Weld.

Watt said; “We at CW Clothing are really looking forward to sponsoring at Naas Racecourse. The equine industry including Studs, Racecourses, Training Yards, Feed and Nutritional companies have been very supportive of our business over the years and it is great to be able to give something back, and no better place to do so than at Naas! We wish all connections the very best on the day.”