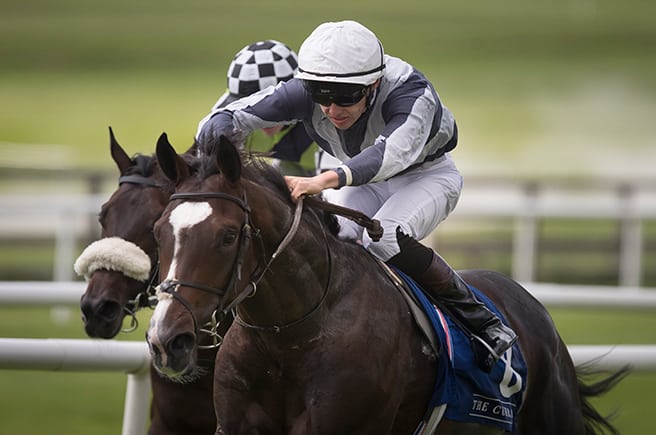 Big names set for action-packed card at Naas this Sunday 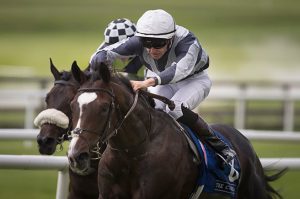 Champion trainer Aidan O’Brien is responsible for a typically strong hand in the Group 2 Beresford Stakes at Naas on Sunday.

Naas Racecourse is gearing up to stage an action-packed eight race card this weekend with over €400,000 on offer on the track and a Family Fun themed day off the track.

Aidan O’Brien trains half of the remaining 16 entries for the prestigious Beresford Stakes as he aims to win the race for an eighth consecutive year and for a remarkable eighteenth time in his career.

Among the colts that were left in the race by O’Brien are emphatic Galway maiden winner Sovereign and last month’s Curragh maiden winner Mount Everest.

“For the Beresford we would be thinking that Mount Everest would be our most likely to run,” O’Brien said on Tuesday. “We’ve left a few others in and obviously we’ll be looking at something else running there as well.

“Mount Everest has progressed nicely with racing and we’ve been very happy with him since the Curragh. He won nicely the last day and is a colt that looks very comfortable over a mile.”

Course and distance winner Power Of Now could be joined by stable companion I Am Superman as trainer Michael O’Callaghan spearheads the opposition to O’Brien’s runners. Trainer Ger Lyons is also doublehanded in the Beresford Stakes following the latest forfeit stage with Zander being joined by debut winner Pythion, while Dermot Weld could look to bridge a 33 year gap if saddling the hat-trick seeking Zuenoon. Weld previously won the Beresford Stakes in 1985 with subsequent Irish 2000 Guineas winner Flash Of Steel.

Gordon Lord Byron ran in Prague on Saturday but is one of the 18 still remaining in the Renaissance Stakes which also features the O’Brien-trained Sioux Nation.

Dermot Weld’s unbeaten three-year-old Falcon Eight looks the standout name in the Group 3 Loughbrown Stakes. The half-brother to Free Eagle could put his unbeaten record on the line in the two-mile heat against Noel Meade’s Kerry National winner Snow Falcon and the highly rated Idaho who heads the Ballydoyle list of entries for the race.

O’Brien said; “Idaho is a possible runner in the Loughbrown Stakes. He’s in good shape and we are happy with him. Idaho likes to go the extra trip now and the Irish St Leger might not have been run to suit him so it’s very possible he’ll step back up to two-miles for that and Cyrpess Creek, The Pentagon, Victory Salute or Zabriskie could go with him there.”

Sir Mark Prescott could have a rare Irish runner in the Group 3 Weld Park Stakes with Brassica a possible runner at the Kildare track. Last Saturday’s Gowran Park winner Pink Dogwood could reappear for Aidan O’Brien and would be a fascinating runner in the race.

“We’ll just see how Ping Dogwood is over the next couple of days but it is very possible she will run at Naas on Sunday,” the trainer said. “She’s progressing lovely and is coming along with every run and we were delighted with her on Saturday. Hermosa could possibly go for that race with her.”

The eight race card at Naas on Sunday is due to begin at 1.50pm and also features the next leg of the Foran Equine Irish EBF Auction Race Series, the Joe McGrath Handicap and the Remembering Nick Column Handicap over a mile.

Members of the Killinick Harriers will perform a musical ride in the centre track at 2.25pm and the Irish Pony Club Exhibition Race will take place after the last race at 5.50pm.

Family Fun entertainment begins at 12:20pm with family admission just €20 online for two adults and Kids go free. A four course meal in the Panoramic Restaurant is €66 per person and the Golden Ticket is just €30 per person which includes admission, €10 food voucher, €5 free bet, €5 drinks voucher and a racecard. To make a booking visit www.naasracecourse.com.