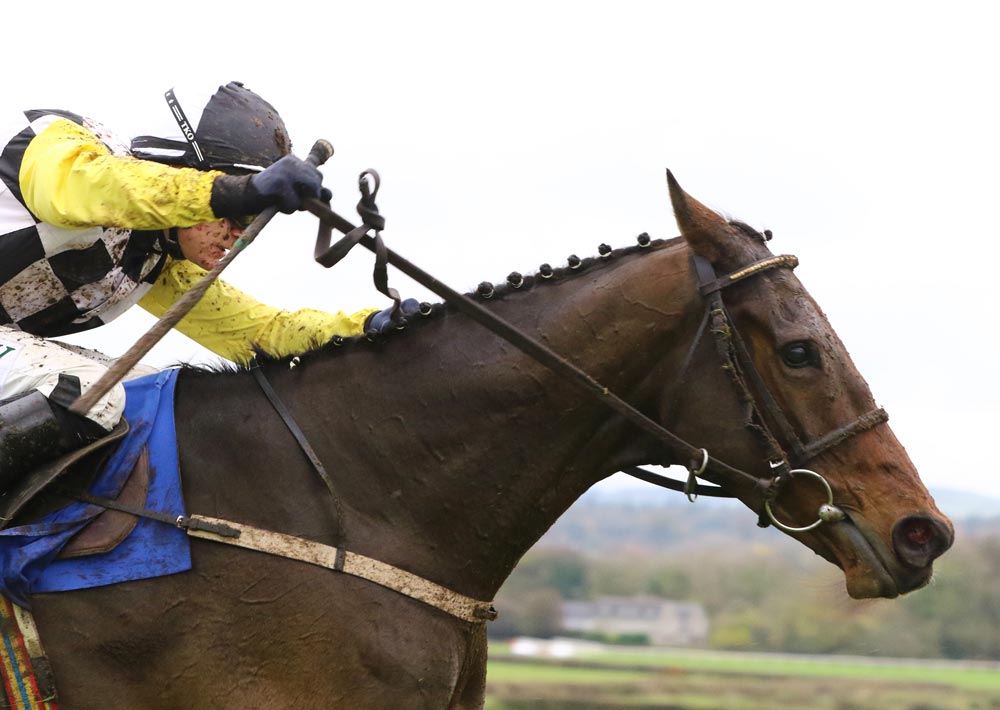 The opening Grade 1 race of 2018 promises to start the year in style as 15 horses stood their ground for Sunday’s Lawlor’s Of Naas Novice Hurdle.

Gordon Elliott’s unbeaten stable star Samcro is set to step up to Grade 1 company for the first time when facing impressive Naas maiden hurdle winner Next Destination for champion trainer Willie Mullins with both Elliott and Mullins also holding other notable entries in the race.

Elliott has left Grade 1 winning hurdler Mengli Khan in the race after he departed at the second last hurdle at Leopardstown last week and in total he is responsible for eight of the remaining entries, while along with Next Destination, Mullins could also run Carter McKay and French recruit Duc Des Geniervres who was a winner on his only start in France before joining Mullins.

Patrick Mullins, assistant to his father Willie, said; “This race has been the plan for Next Destination since before Christmas. He won his maiden hurdle at Naas and it is always nice to have course form. Two and a half miles looks like it will suit him after his win at Navan and we are hoping at this stage that he might make into a horse for the Ballymore Novices’ Hurdle at Cheltenham and we’ll find out a bit more after Sunday.

“One or both of Carter McKay and Duc Des Geniervres will also run in the race. We saw at Leopardstown last week, it is never any harm to have back up in these races! Carter McKay won a bumper at Naas so also has course form. We were very happy with him in Gowran Park when he won his maiden hurdle after his form tailed off a bit at the end of last season but perhaps he could be a horse that we see the very best of on soft ground so his plan is to go to Naas as well. Duc Des Geniervres is a horse we like a lot. He won his maiden hurdle in France in May so is slightly more difficult to place and we’ll see how he works during the week before making a definite plan for him.”

Joseph O’Brien has picked the Lawlor’s Of Naas Novice Hurdle as the next stepping point for his well-bred five-year-old, Speak Easy, who was very impressive when winning on his hurdling debut at Navan last month.

O’Brien said; “I’m happy with Speak Easy and it is possible he’ll go to Naas on Sunday. When you win a maiden hurdle you don't have many options but I think both the trip and Naas would probably suit him. It has the look of a good race.”

Also included in the list of entries is Noel Meade’s impressive two-time hurdle winner Moyross and his stable companion Athenean, while Jessica Harrington may be represented by Jetz.