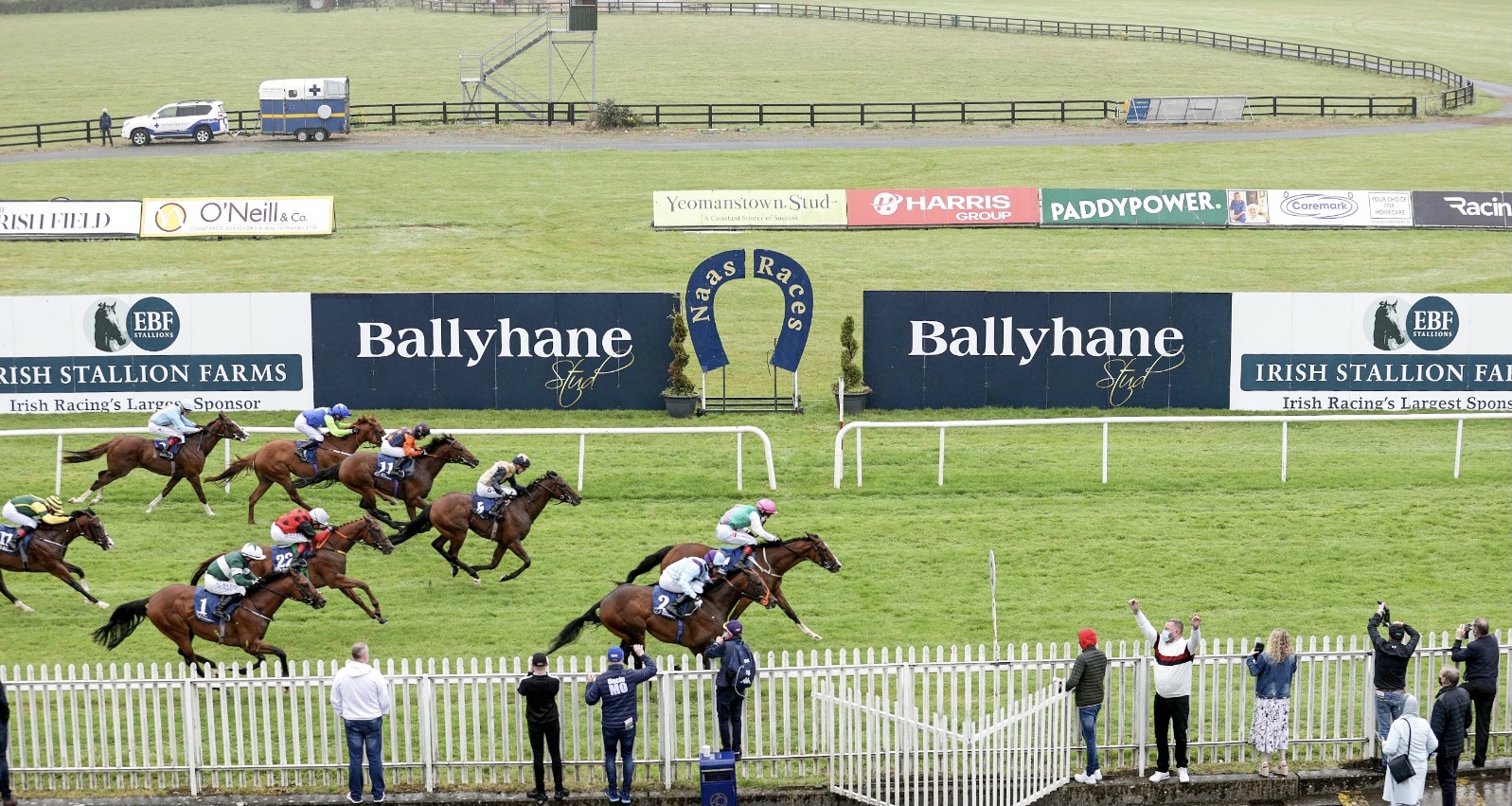 Sacred Bridge could be set for the hallowed ground of Group 1 company in due course after the Ger Lyons-trained filly maintained her unbeaten record when winning the €300,000 Irish EBF Ballyhane Stakes at Naas on Sunday.

Ridden to victory by champion jockey Colin Keane, the Naas maiden winner supplemented a recent win at Listed level at Tipperary to claim the second renewal of what is now the most valuable race run at Naas Racecourse.

Sacred Bridge carried a winner’s penalty on her way to success on Monday and her rider Colin Keane was notably impressed.

“We went a nice even gallop the whole way. It was probably her first time in a proper race as she had run in small fields but you’d love the way she hit the line,” Keane said afterwards.

“She is very gutsy, genuine and reliable. She is just very uncomplicated and very honest and a very nice filly. Trip wise you could go five or six furlongs and maybe in time she would even get a little bit further. She seems to handle most grounds as it was quick in Tipperary the last day, it is lovely good ground today and she might even handle a bit of dig in it if it came her way.”

Shane Lyons, representing his brother and winning trainer Ger, commented: “We’ll get serious now with the early closing races she has entries in. We’ll be campaigning her in Group races now. It was attractive with the sponsors, Ballyhane and Joe Foley and the big pot and we’re glad it’s over.”

Last year Murphy denied Fozzy Stack in this race and he did so again on this occasion but Stack’s Lechro was only third as Murphy enjoyed a 1-2 with Arges following home his impressive stable companion.

It was just a second start for the Robbie Colgan-ridden winner and like Sacred Bridge, Cavalry Charge will now tackle a high grade.

“He is a smart horse,” reported George Murphy, representing his father. “He’ll definitely run in pattern company next and has a few big entries to consider.”

Connections of Sacred Bridge weren’t the only people to celebrate her big race success as that win also meant that Edel Heffernan won a €5,000 Hannon Travel Holiday voucher. The Kildare native was the lucky winner of the voucher after donating to the ‘Naas Race to help Barretstown’ fundraiser and being assigned Sacred Bridge for the big race itself.

Reflecting on another successful afternoon at Naas Racecourse, Joe Foley of Ballyhane said: “It was fantastic to have another very competitive Irish EBF Ballyhane Stakes and a great victory for Ger Lyons, who has been a great supporter of these races, and for Juddmonte, who invest so much into Ireland through their stud farms and horses in training here. I was delighted to see the British trainers come over to Naas and it was great to see Richard Hannon go so close too. Well done to everyone involved and all the team at Naas who work so hard to make it all happen."