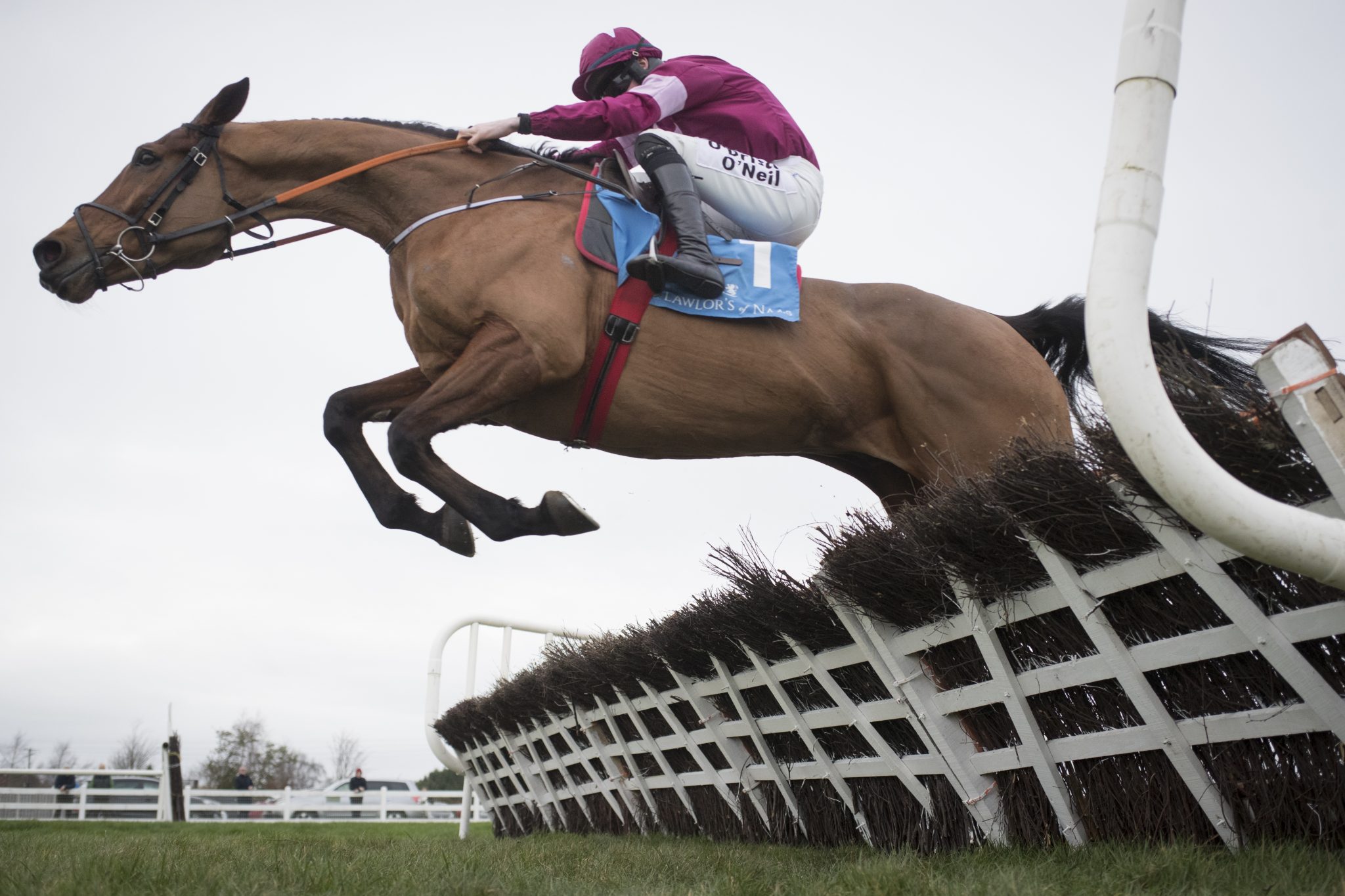 The hugely impressive Battleoverdoyen maintained his unbeaten record when powering clear to win the Grade 1 Lawlor’s Of Naas Novice Hurdle in front of a huge crowd of 5,610 at Naas Racecourse on Sunday.

The Cheltenham Festival in March is now firmly the target for the Gordon Elliott-trained winner who followed up his maiden hurdle victory at Navan to win the first Grade 1 of the year.

Ridden to victory by Jack Kennedy, Battleoverdoyen took the lead at the second last hurdle and stayed on strongly to beat Sams Profile by two and three quarters of a length with the Willie Mullins-trained Getareason back in third.

It was a fourth victory in the Lawlor’s Of Naas Novice Hurdle for owners Gigginstown House Stud and BoyleSports now make Battleoverdoyen 6/1 for the Ballymore Novices’ Hurdle at the Cheltenham Festival.

“He’s a nice horse and really he’s a chaser, he’s still only a baby but I really like him,” Elliott said.

“He’ll have all the good entries for the rest of the season but I don’t want to kill him as he only a baby and Jack said he is still only learning.

“In terms of Cheltenham we’ll see what the ground is like and what Michael and Eddie (O’Leary, Gigginstown) would like to do with him but I don’t see any reason why he won’t be going there. He’s got plenty to learn still but he’s good.”

A step up to Grade 1 level at the Dublin Racing Festival is next for Articulum who booked his place in the Irish Arkle when winning the Irish Stallion Farms EBF Novice Chase.

Second on debut over fences to Getabird, Articulum proved too good for Campeador to go one better on this occasion for trainer Terence O’Brien and jockey David Mullins.

“We’ve always thought that he was a very good horse,” O’Brien admitted.

"Hopefully he’ll head on to Leopardstown next month for the Arkle. David (Mullins) said he had plenty of horse left at the end and I think there is more improvement in him. He started off last season in a blaze of glory but then it all petered out so we’ve done things a little differently with him this season and the horses are healthier which helps.”

Meri Devie, having her first start for trainer Paul Nolan was a good winner of the Irish Stallion Farms Mares Beginners Chase with jockey Bryan Cooper up.

Noel Meade continued a good weekend when winning the INH Stallion Owners EBF Maiden Hurdle with Valdieu to set up a double on the card for big race winning owners Gigginstown House Stud.

Racecourse manager Tom Ryan commented: "Today was a fantastic start to our year here at Naas Racecourse. We had an increased attendance on last year and I think we saw a very good winner of the Grade 1 Lawlor's Of Naas Novice Hurdle in Battleoverdoyen. He certainly looks to be a horse with a big career ahead of him and we are very grateful to Lawlor's Of Naas for their continued support of our Grade 1 race. With big crowds, great racing, brilliant atmosphere and a hotly contested Best Dressed Lady competition it really was a day to remember for everyone here at Naas."