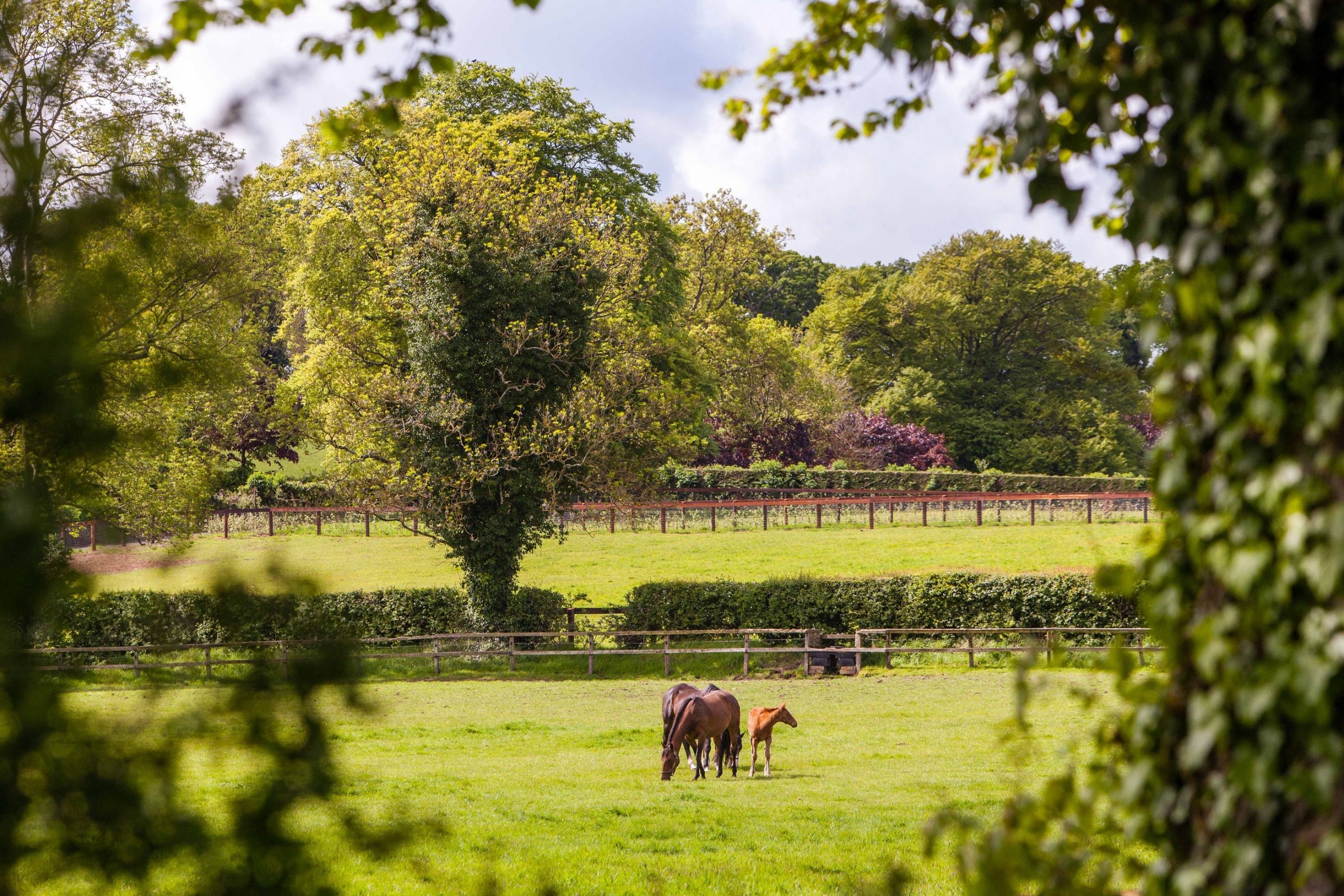 Naas Racecourse welcome another bloodstock establishment to their sponsorship portfolio in the form of Baroda Stud. One of Ireland’s best known Stud farms, Baroda Stud is located in the heart of the thoroughbred county Kildare and it is run by David Cox and his wife Tamso. The Cox Family and Naas Racecourses long standing relationship has been elevated with the race sponsorship announcement of a fillies maiden, that will take place on Bank Holiday Monday August 3rd.

Baroda’s history dates back hundreds of years but for the last half a century or more it has been a key part of the bloodstock world. The Baroda team offer boarding mares, veterinary services and foaling. Their main offering is sales consigning and are known to be a leading consignor at the major sales in Ireland and the UK since 2010 selling champions including Cloth of Stars, Marcel, Nyaleti, Dark Vision, Glass Office to name a few. Baroda Stud is recognised not only in Ireland but worldwide and their facilities are currently being used by clients from Ireland, Australia, UK, France, USA, China & UAE.

David Cox of Baroda Stud commented: “Baroda Stud is delighted to support Naas, the trainers, Owners and industry by sponsoring a race for the first time. We especially want to support Owners and look forward to seeing them back at the racetracks throughout Ireland soon. We are looking forward to the upcoming NH Store sales over the next few weeks and then on the yearling sales where we have exciting drafts for the Autumn.”

Eamonn McEvoy Manager of Naas Racecourse said: “We are delighted to welcome Baroda Stud as sponsors to Naas Racecourse. Baroda Stud has a rich history in the production and development of top class horses and David and Tamso offer a bespoke service to the farm’s clients, from consigning, sales prep and foaling high class broodmares for some of the world’s best thoroughbred operations.  I am delighted that they are on board with us here and look forward establishing the partnership over many years.”

This year will be a first for Baroda Stud to have a consignment at ARQANA, with fillies by Dubawi and Showcasing being offered at the French based auction house. ARQANA will also be sponsoring the inaugural ARQANA Irish EBF Marwell Stakes at Naas on Bank Holiday Monday August 3rd.