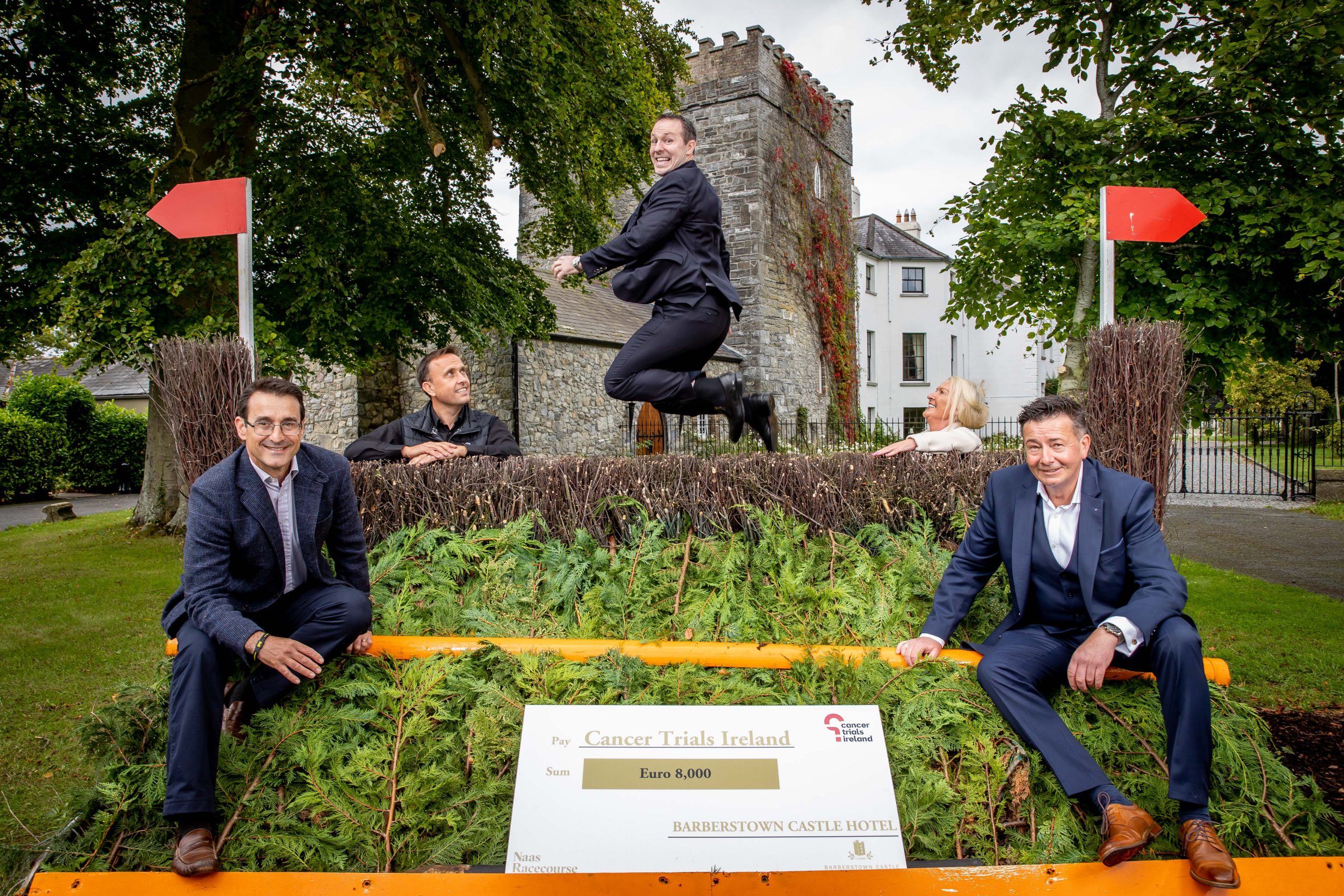 Naas Racecourse are thrilled to welcome one of Ireland's most historic country houses, Barberstown Castle as sponsors at Kildare's leading dual purpose racecourse.

The newest sponsorship association for Naas Racecourse further cements Barberstown Castle's loyal support to Irish racing and indeed equestrian sport in general, where it has an association going back almost 750 years.
It comes about as a result of an innovative idea by Naas to back the Coast To The Curragh Charity Cycle, which took place last month to raise funds for Cancer Trials Ireland.

The Coast To The Curragh Cycle was established and supported by the Irish racing fraternity to carry on the legacy of nine-time champion jockey Pat Smullen, who raised well in excess of €2million for Cancer Trials Ireland.
Naas general manager Eamonn McEvoy and his team decided to auction the sponsorship of their Grade 3 Poplar Square Chase, with the proceeds from the highest bidder going to the Coast To The Curragh Cycle fund.

Amanda Torrens of Barberstown Castle came out on top of a highly competitive bidding process, weighing in with a bid of €8,000 to ensure the elite hidden gem, based just minutes from Naas Racecourse in the sleepy village of Straffan, County Kildare, would add its name to the feature contest when National Hunt racing returns to Naas on Saturday, 12th November.

The Coast To The Curragh Charity Cycle was the brainchild of Gavin Lynch, who in thinking up the idea did so in memory of his mother Olive, who like Pat Smullen, fell victim to pancreatic cancer.

Many lustrous names from the racing world including AP McCoy, Barry Geraghty and Paul Carberry participated in the 155km cycle from Laytown Beach to Curragh Racecourse on 27th August.

And when it comes to a stellar cast, the opening jumps fixture at Naas has always delivered. Since multiple Grade 1 winner, Merry Gale won the inaugural running of the Poplar Square Chase in 1997, the two-mile contest has proven to be a popular early winter target for some of the bigger names on the National Hunt scene.

Other notable winners include Kadoun, Tranquil Sea, Captain Cee Bee, Noble Prince, Tell Us More, Notebook and Captain Guinness, while in 2018, Harry Whittington made a successful raid from across the water to land the honours with Saint Calvados.

Amanda Torrens of Barberstown Castle commented: "It was a great privilege for our team to be associated with the Pat Smullen Race Day in aid of Cancer Trials Ireland. It was an honour for Barberstown Castle to be involved in such a worthy cause by being able to support them in the amazing auction which raised vital funds for pancreatic cancer, treatment and research.
"Barberstown Castle has been at the heart of the horse racing and horse sale industries in Kildare since 1288 and during its long history, there has always been an established association between the Castle and all equestrian pursuits. This was a great opportunity for us to become involved with the prestigious Naas Racecourse and we hope this is the start of a long running partnership."

Welcoming the partnership, Eamonn McEvoy, general manager of Naas Racecourse added: "The directors of Naas Racecourse were absolutely delighted to put the Grade 3 Poplar Square Chase 2022 naming rights up for auction in the Coast to Curragh Irish Cancer Trials Charity Auction, and a special thank you to Horse Racing Ireland for their collaboration in this, ensuring every cent goes to this great cause.

"We were thrilled that the race will be known as the Barberstown Castle Poplar Square Chase on the 12th of November. Since Amanda Torrens purchased the famous Kildare venue, she has been a valuable supporter of the racing industry and to tie it in with such a special charity speaks volumes of her personality. It truly is a greatly appreciated gesture."

Gavin Lynch added: "I didn't think it would be possible to match our first Coast To Curragh in 2021 but on August 27th of this year I think we may have surpassed it. We had such a brilliant day. The weather was perfect with hardly a breeze in lovely sunshine. The lunch and auction at the Curragh went brilliantly also. Thanks to everyone who took part. We raised lots of money for Cancer Trials Ireland which is what the day is all about. We were delighted to see the team at Barberstown Castle put in the winning bid for the Grade 3 Chase at Naas Racecourse and I’m sure all concerned will have a brilliant day out. I just want to once again say well done one and all and we look forward to August next year again for what will hopefully be another great day."