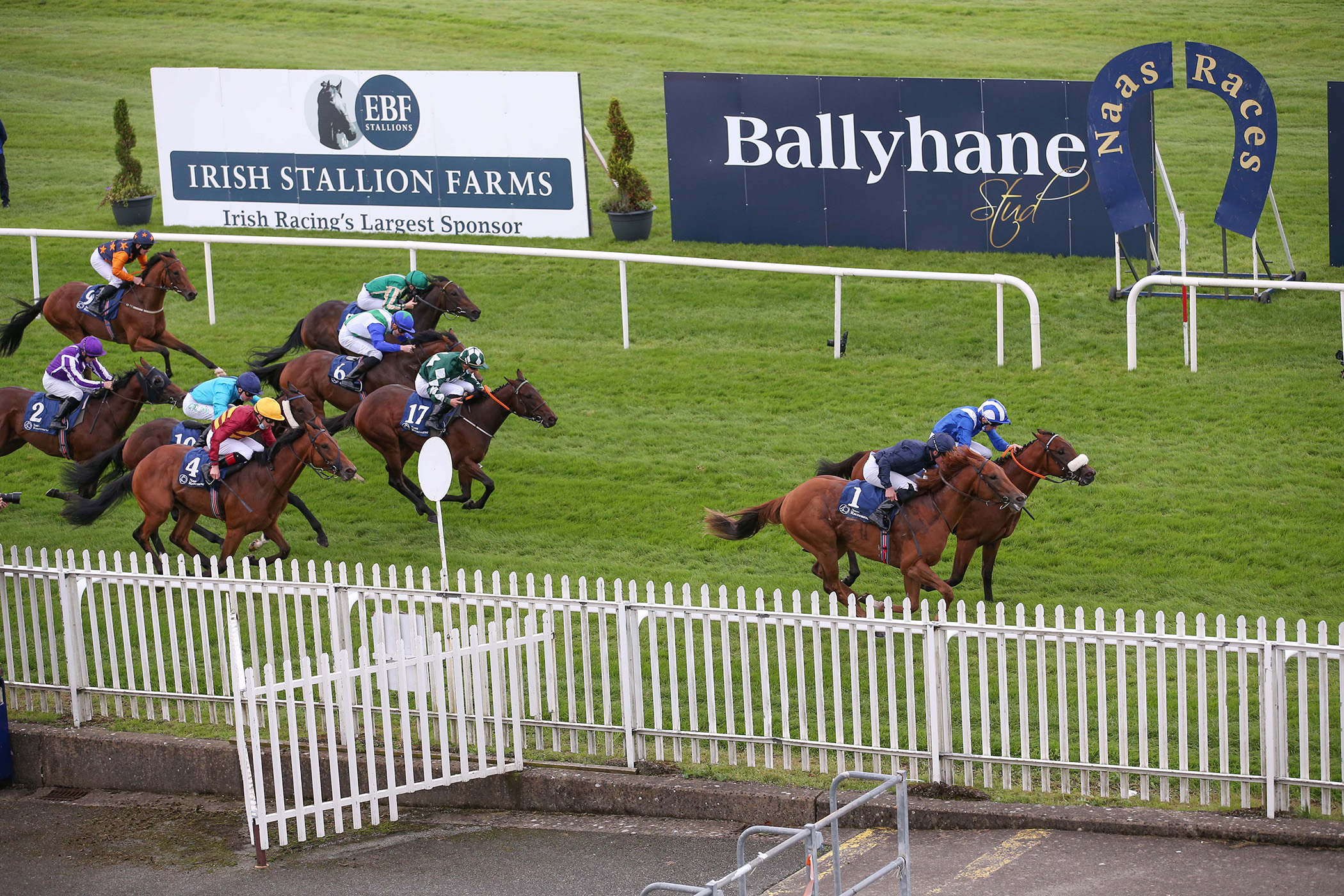 The Irish EBF Ballyhane Stakes has attracted another huge entry of 361 horses for the second running of the race which is scheduled for Naas Racecourse on Bank Holiday Monday August 2, 2021. The race, which has a minimum prize-fund of €200,000, has attracted 240 entries from Irish based connections and 121 from Britain, there are 200 colts and geldings and 161 fillies, including Missing Matron winner of the opening two-year-old race of the season for Jim Bolger at the Curragh.

95 individual sires are represented with entries in the race headed by Starspangledbanner with 22 entries, Kodiac with 16, both Dandy Man and Profitable have 15 entries each followed by Acclamation with 14. The race is aimed at the progeny of sires with a median sales price of no more than €75,000 at last year’s yearling sales who are also EBF eligible, with weight allowances for horses with a lower median sire price.

Horse Racing Ireland, Irish EBF and Ballyhane Stud will again examine the possibility of increasing the prize-fund and staging a second race to provide more opportunities for the large number of entries received. Last year’s inaugural running of the race saw the prize-fund being enhanced to an impressive €320,000 with prize-money awarded to all finishers and the staging of a second race, the €80,000 Silver Irish EBF Ballyhane Stakes, which gave connections more opportunities to claim some of the €400,000 prize-money on offer.

Kevin Prendergast, Trainer, said; “The race is a great incentive for two-year-olds to win a big pot whilst giving owners and trainers an opportunity to win big money. Having been just beaten in it last year, I will certainly be hoping to go one better this year.”

Joe Foley, owner of Ballyhane Stud, said; “It’s encouraging to see another huge entry from owners and trainers for the second running of the race and their support is much appreciated. We are delighted to, once again, attach a €50,000 bonus to the winner’s prizemoney if it’s by a Ballyhane stallion and also offer a complimentary Ballyhane nomination to the winning breeder. This is a significant prize to target for anyone with a qualifying two-year-old and everyone in Ballyhane is delighted to be associated with this fantastic event which we co-sponsor with the Irish European Breeders Fund .”

John O’Connor, Chairman, Irish EBF, said; “The Irish EBF Board are pleased to see such large entries again for a race that is only in its second year. It shows that there is great demand from owners and trainers with horses in this section of the market, utilising the median price of the sire as a race condition, allows both homebred and auction bought horses compete on a level playing field. Between this lucrative race, the twenty-six Median Sires Series races and the twenty-seven Auction Series races, there is at least €1.6 million of prize-money on offer in these Irish EBF supported races for connections of two-year-olds this year.”

Eamonn McEvoy, Manager, Naas Racecourse, commented; “Brilliant to see such a high number of entries for the richest race at Naas, the Irish EBF Ballyhane Stakes. We are delighted to be working with Ballyhane Stud and the Irish EBF again this year. The race last year was an enormous success and we look forward to another exciting renewal. It is fantastic concept and we feel it will work well for years to come.”