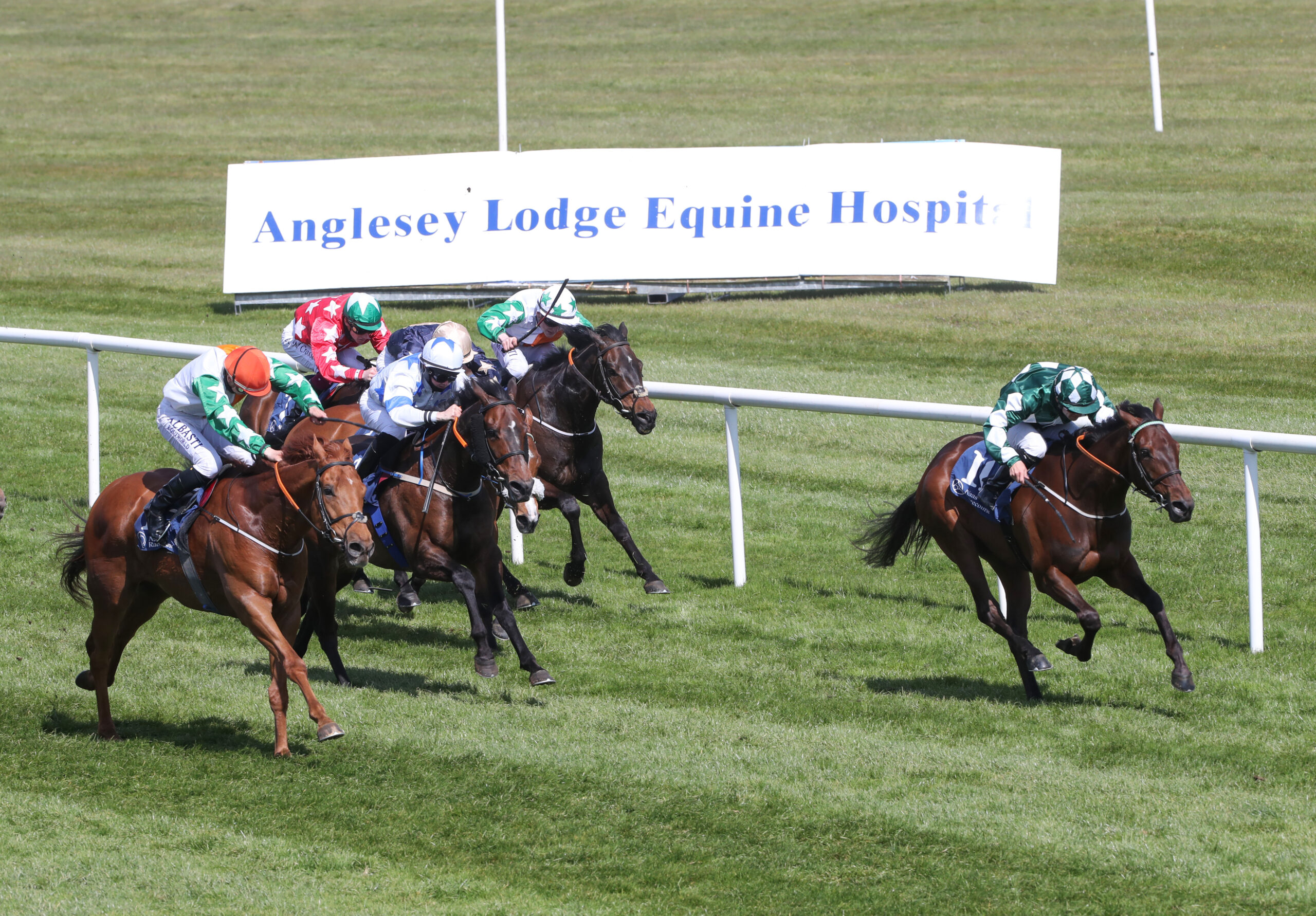 Some of Ireland’s leading sprinters will mix it with a contingent from across the Irish Sea at Naas on Monday for what looks set to be a sterling renewal of the Anglesey Lodge Equine Hospital Woodlands Stakes.
The listed contest has attracted three British-trained runners with Atalis Bay for Marco Botti, Clarendon House trained by Robert Cowell and the Adrian Nicholls-trained Mo Celita.

The Michael Browne-trained Logo Hunter heads the home challenge in a field littered with course and distance winners including last year’s winner Mooneista for Jack Davison.

Group 1 winner Romantic Proposal may well begin her campaign for Eddie Lynam while the unbeaten dual course and distance, King Of Bavaria, is a fascinating inclusion for champion trainer Aidan O’Brien as he begins his three-year-old season.
A total of 20 entries have been received for the red-hot looking heat which will be sponsored by Anglesey Lodge Equine Hospital who recently moved to Friarstown on The Curragh.

The Joe Murphy-trained Gustavus Weston is a sprinter who climbed through the ranks to earn a rating of 115 last season and local trainer Ross O’Sullivan is hoping he has a new recruit on his hands that can also rocket up the ratings this year in Warrior Brave.
“I just sat down to look at the entries and it may as well be a Group 1 race,” O’Sullivan said today. “Warrior Brave is a nice horse who only had one run for us last season since he joined us and I think he has gotten stronger over the winter.

“He is rated 99 so you have to look for the right opportunity for him and he was second in a listed race last year so just down the road at Naas looked the perfect starting point for him but it is an unbelievably competitive looking race.

“We got him from England and those English-trained sprinters are battle hardened and I’d be hoping now as a four-year-old he can progress again. Monday will give us a guide to where we are going with him but we are looking forward to having some fun with him this summer.”
Monday’s fixture also features the Naas Racecourse Business Club Blackwater Handicap and the three-year-old only affair looks ultra-competitive. The Johnny Murtagh-trained Knightaila is already a winner this season, as is the Aidan O’Brien-trained Ivy League and the Andrew Slattery-trained Fiach McHugh.

The meeting comes on the eve of the Punchestown Festival and racegoers can avail of admission to Naas for just €5 if they show their Punchestown Festival tickets and Naas Racecourse also welcome Race & Stay as new sponsors as the premier horse racing tour company back the fillies maiden on the card.