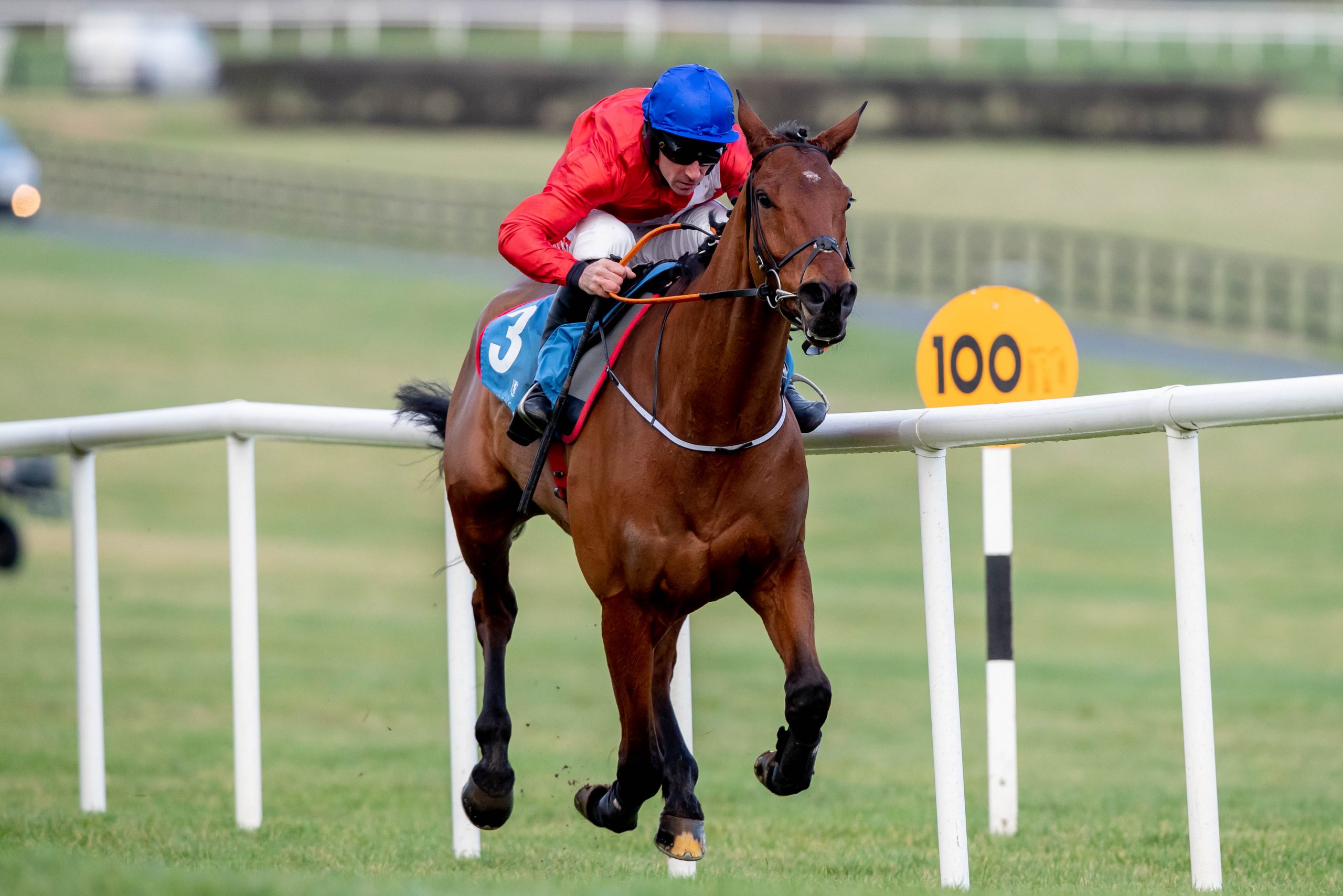 Envoi Allen was the star of the show at a packed Naas Racecourse today as Gordon Elliott’s star novice hurdler stayed unbeaten in the Lawlor’s Of Naas Novice Hurdle.

The red hot 1/4 favourite took his tally to seven wins from as many outings on the track on his first try at two and a half miles.

The Davy Russell-ridden gelding was given a good test by the front running Elixir D’ainay but from before the last there was only going to be one winner as the favourite pulled away to score by three and a half lengths.

Afterwards Gordon Elliott reported that his third winner of this race in the last four years would get entries at next month’s Dublin Racing Festival but that he may head straight to Cheltenham where his target has yet to be decided but the Champion Hurdle will be considered.

“I’m going to put him in the Supreme, the Champion Hurdle and the Ballymore Novices Hurdle at Cheltenham. He will probably stick to novice company but we’ll keep our options open,” said Elliott.

“I was pleased with what he did today. It was a proper race and a good test run at a good gallop. Our horse did it nicely ad you’d have to like how he goes about things. Davy (Russell) said he learnt more today than he’s ever done,” continued the trainer.

Although he had to settle for second in Lawlor's Of Naas Novice Hurdle, Willie Mullins did end the day with a double which began when Cash Back, ridden by his nephew Danny, who made all the running for an impressive success in the two mile novice chase. The Irish Arkle at the upcoming Dulin Racing Festival could be next for this eight-year-old.

Mullins also sent out Asterion Forlonge to win the maiden hurdle in good style. The exciting grey stretched right away from his rivals in the straight to score by ten lengths under Paul Townend. The winner carries the Gold Cup winning colours of Marie Donnelly.

The card concluded with a smart display from the Noel Meade-trained Thedevilscoachman who provided up and coming rider Eoin Walsh with his latest success in the Rushe’s Supervalu Flat Race.

Racecourse manager, Eamonn McEvoy commented: "Today was another landmark day for Naas Racecourse and there is no doubt that the Lawlor's Of Naas Novice Hurdle is now truly established as a major Grade 1 race in the calendar. There was a great buzz in anticipation of Envoi Allen and he didn't disappoint and we look forward to seeing what path he takes for the rest of this season and in years to come. We would like to thank all our sponsors on the day, including Lawlor's Of Naas and we were thrilled with the crowd who enjoyed a great day of racing."