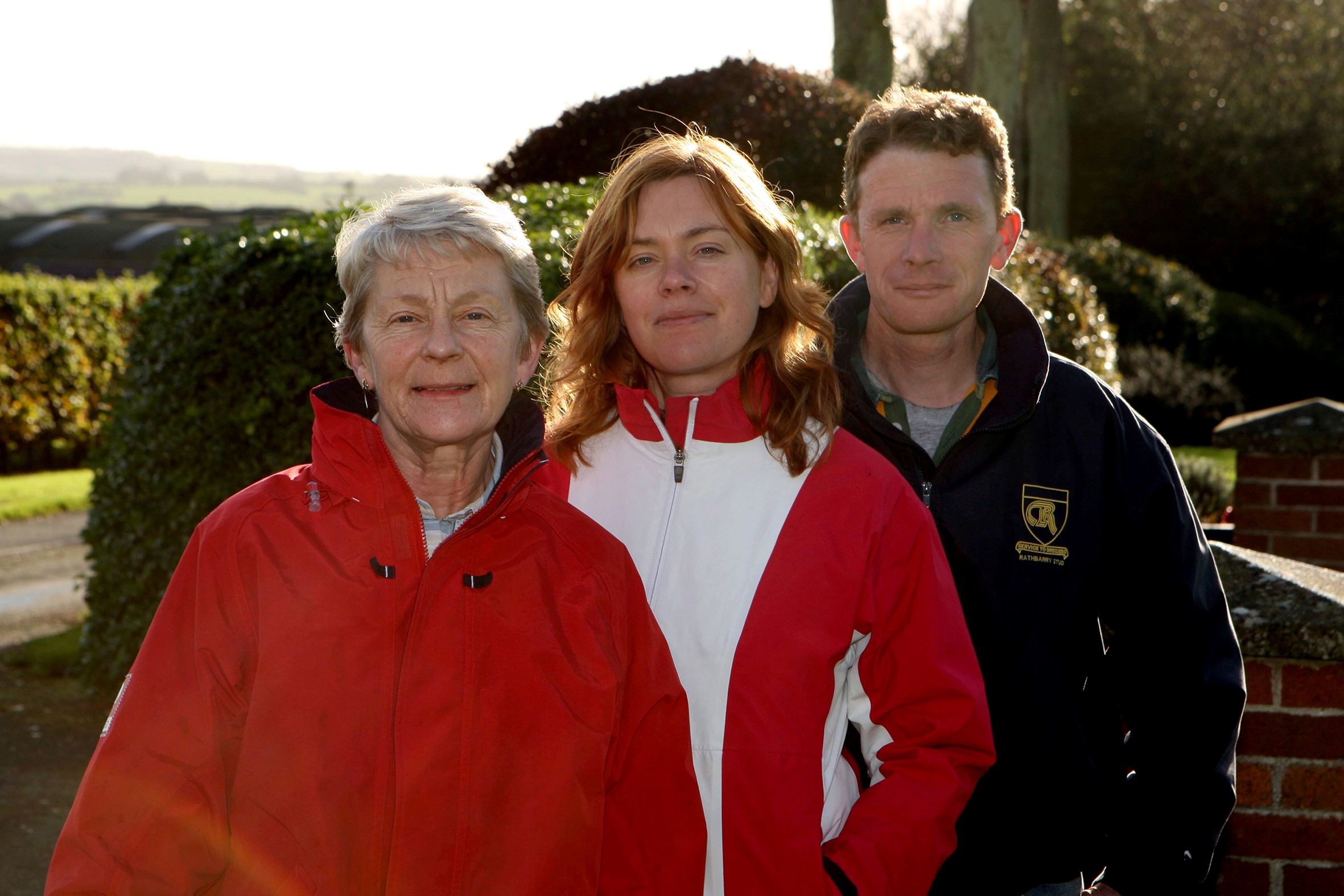 We are delighted to welcome Rathbarry & Glenview Studs, a Cork based family run business, to sponsor the OLD PERSIAN AT GLENVIEW STUD FISHERY HURDLE (GRADE 2) & the RATHBARRY & GLENVIEW STUD HANDICAP S'CHASE this Saturday at Naas Racecourse. We caught up with Niamh Woods of Rathbarry & Glenview Studs who gives us an insight into life at Stud, the challenges they are currently faced with, the qualities they look for in a successful NH Stallion and more...

Who has been Rathbarry & Glenview Stud stand out stallion over the years?

Rathbarry & Glenview Studs have had quite a few but the stand out NH ones (besides our own at present) would be Presenting, Strong Gale, Robin Des Champs, King’s Ride, Phardante etc. Their progeny were all very successful on the racetrack and their daughters have proven to be fantastic broodmares with proven results on the biggest race tracks in Ireland and UK.

What does your day to day routine look like?

I’m in the Rathbarry Office which handles all the Flat Stallion nominations and so I handle all the paperwork and logistics for mares arriving and departing for coverings etc and I also liaise with the vets and clients regarding the mares and foals etc.

Having a strong team is a key factor to success. How many staff do you currently employ?

The two studs are run separately during the breeding season and so the staff that are in Rathbarry work here and the Glenview Staff stay in Glenview.  We would have 30 permanent staff between both studs and some seasonal staff as well.  A lot of the guys and girls employed have been with us since their youth and it is fantastic to have them as they have the experience and the knowledge which is so important when dealing with mares and foals. Rathbarry & Glenview Studs are family owned and ran but besides Mum (Mrs Cashman) and myself running the office, Paul Cashman (my brother) is very involved in the running of Glenview and would get regular updates on the happenings in Rathbarry by Paul McCarthy our cousin, who is the Manager of Rathbarry.  Susan Cashman (my sister-in-law) is also involved with us as she looks after all the advertising, brochure and media work.

What are the current challenges facing Rathbarry & Glenview Studs?

Covid-19 has been and will continue to be a huge concern for us all.  Everyone here at Rathbarry & Glenview have been fantastic at adhering to the safety procedures and we will endeavour to continue this for the foreseeable future.  Another huge bit of uncertainty is Brexit. We normally board and cover a lot of UK mares in both Rathbarry & Glenview and of course the Brexit uncertainty is now a major headache for us here and in turn the UK breeders. Any foreign mares that would travel from France and overseas would also be uncertain as again they have to travel through the UK to arrive into Ireland and where does that leave them?

What are the qualities you look for when purchasing a national hunt stallion?

It has been extremely difficult to purchase any stallions in the last few years but for the NH you must have to have a good, sound, tough, genuine racehorse with a proven track record and a successful pedigree.  They have to be as correct as possible with size and scope and hopefully, all these traits will pass on to their progeny.

In your opinion what is the main contributing factor to producing tough sound racehorses?

Part of it is genetic and the rest is good land and good husbandry!

Tell us about OLD PERSIAN?

OLD PERSIAN is retiring to stud sound of wind and limb and was a very tough and genuine racehorse that raced on all surfaces and in various countries.  He has a great temperament and has the size and scope and pedigree that will hopefully appeal to NH breeders.